Best Places to Visit in Kenya. 13 places to visit on your Kenya Safari

Kenya is regarded as the home of the African Safari and is one of the top destinations in Africa. Whether your want to enjoy the pristine beaches of the Indian ocean or watch the great migration of Animals, Kenya is the place you can go to enjoy all extremes of African travel.

In this article, well look at 13 of the best places to visit in Kenya, for the beach, wildlife, climbing, culture, and much more.

Best Places To Visit In Kenya 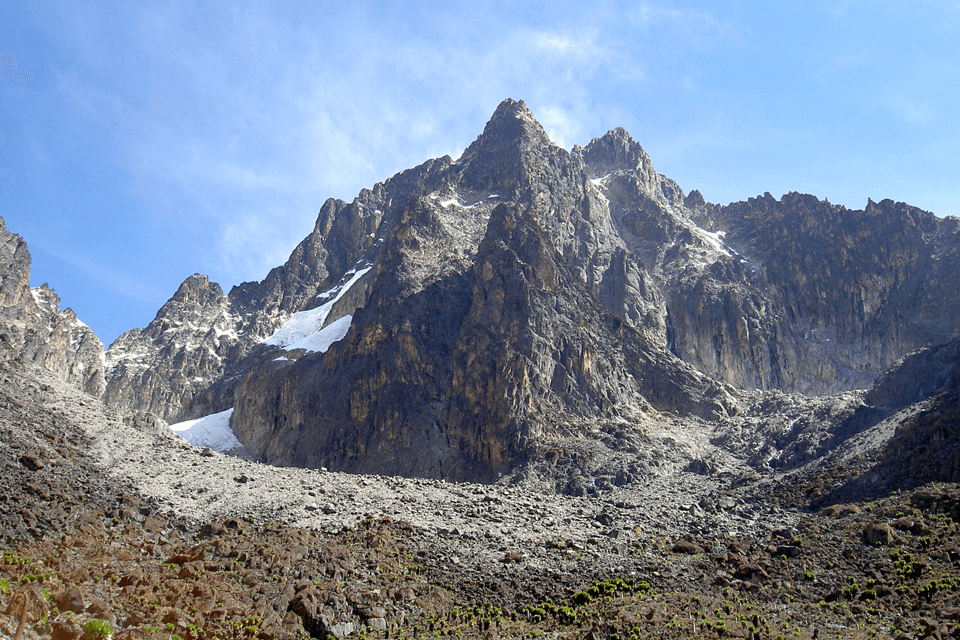 The high altitude peaks are covered with glaciers and snow, while the lower levels of the mountain are an expression of diverse plant and animal life over the various climate zones.

At the base of the mountain, you even find animals such as elephants, leopards, buffalo, monkeys and so much more. Climbing to the peak requires great physical fitness and endurance, but hikers can do the easier trails and enjoy the wonderful nature. 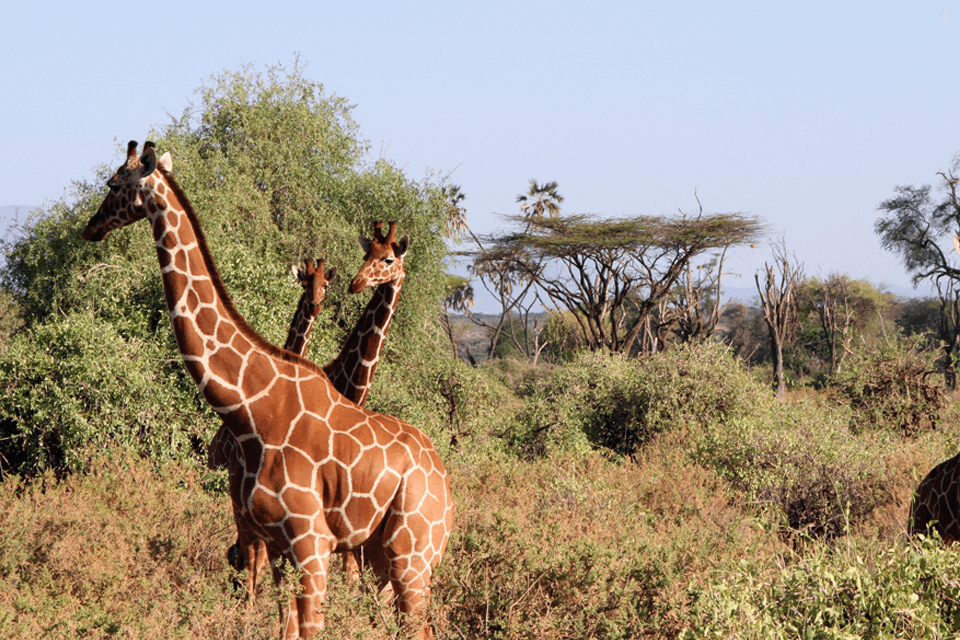 Samburu National Reserve is the most popular of the wildlife reserves in northern Kenya. Being a remote and arid place, Samburu's ecosystems heavily rely on the Ewaso Nyiro River.

During drier periods of the year, most animals can easily be found along the river. Samburu is Adjacent to Buffalo Springs and Shaba National Reserve which also rely on the Ewaso Nyiro River, and offer equally wonderful opportunities to see wild animals and enjoy the wilderness. 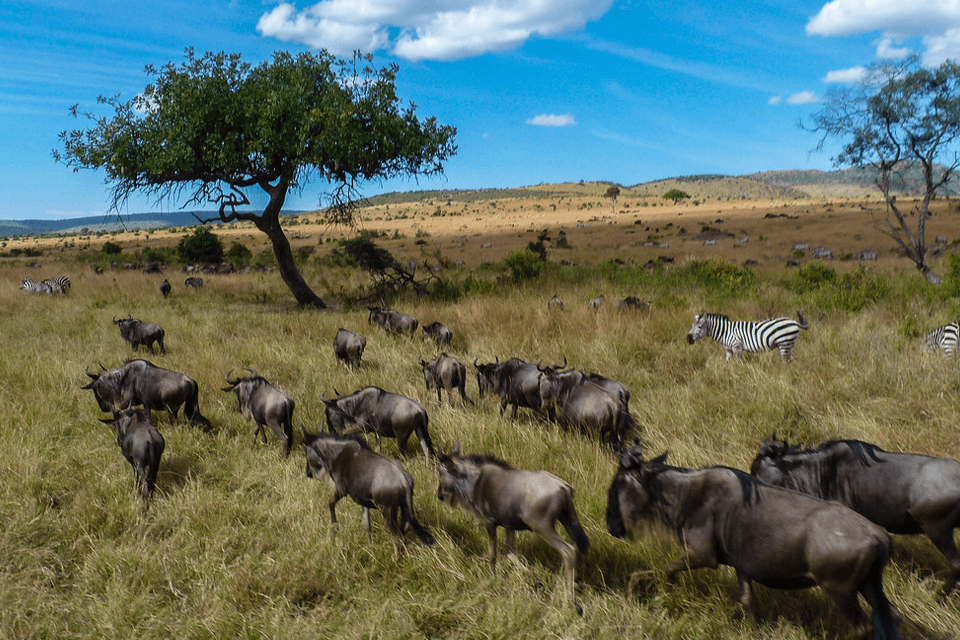 Masai Mara's reputation precedes it. Thousands of visitors come to Masai Mara every year to witness the chaotic symphony of the great migration of more than 2 million wild animals.

Masai Mara is along the border with Tanzania and the wilderness continues across the border to the remarkable Serengeti National Park. 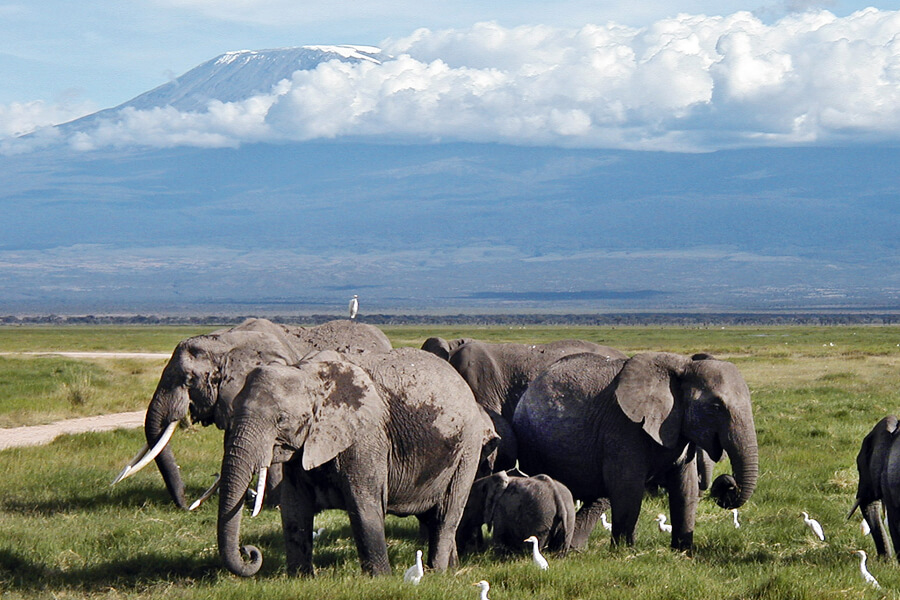 Amboseli is another one of Kenya's National parks that is very well known and respected. With a wonderful backdrop of Mount Kilimanjaro's snow-capped top, Amboseli has 4 habitat ecosystems that are home to various animals.

Amboseli is the place to go if you want an up-close encounter with herds of elephants. Other animals like giraffes, cheetah, impala, and more than 600 bird species will keep you excited.

For avid photographers, you get a chance to take your own pictures with a Kilimanjaro snow-crowned background.

Diani Beach is a 10 kilometer stretch of palm-lined beach on the Indian Ocean. Activities like kitesurfing, fishing, diving, and nature walk in the nearby forest make Diani Beach a great place to visit when you are in Mombasa.

Of course, you can bask in the sun, take the occasional dip and relax with a good book. 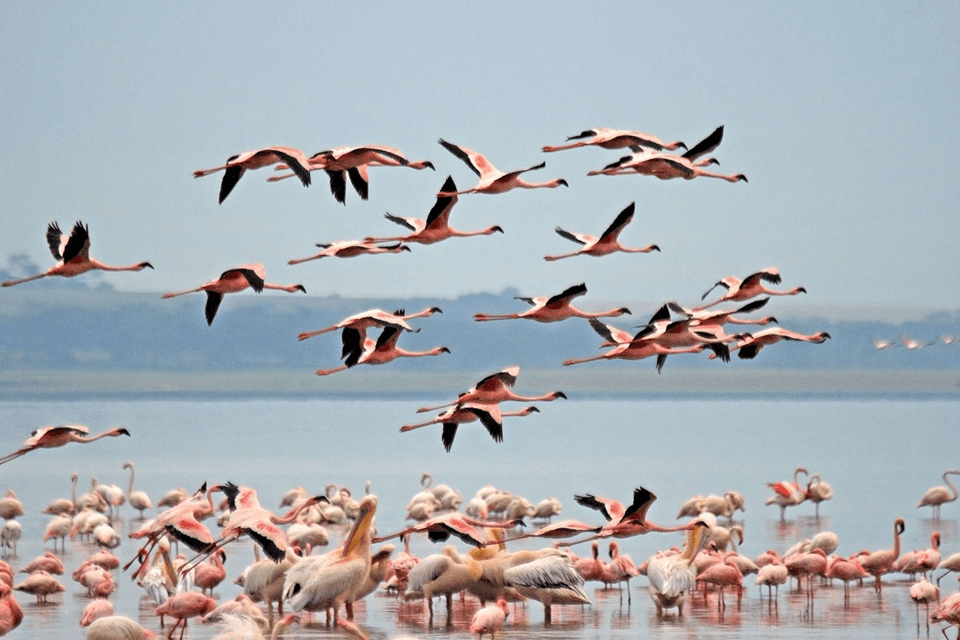 Lake Nakuru National Park's biggest feature is the lake which covers a significant part of the entire National Park.

Lake Nakuru is one of the 8 lakes along Kenya's rift valley floor. Its water attracts many animals including giraffes, rhinos, buffalo as well as predators like lions and leopards.

While the fantastic scenery and animals are very much worth it, Lake Nukuru's reputation is with birds. With more than 450 bird species, Birders love Nakuru.

Popular residents, the flamingos flock the lake and it periodically gets a pinkish hue as more than a million flamingos search for the algae in the water. 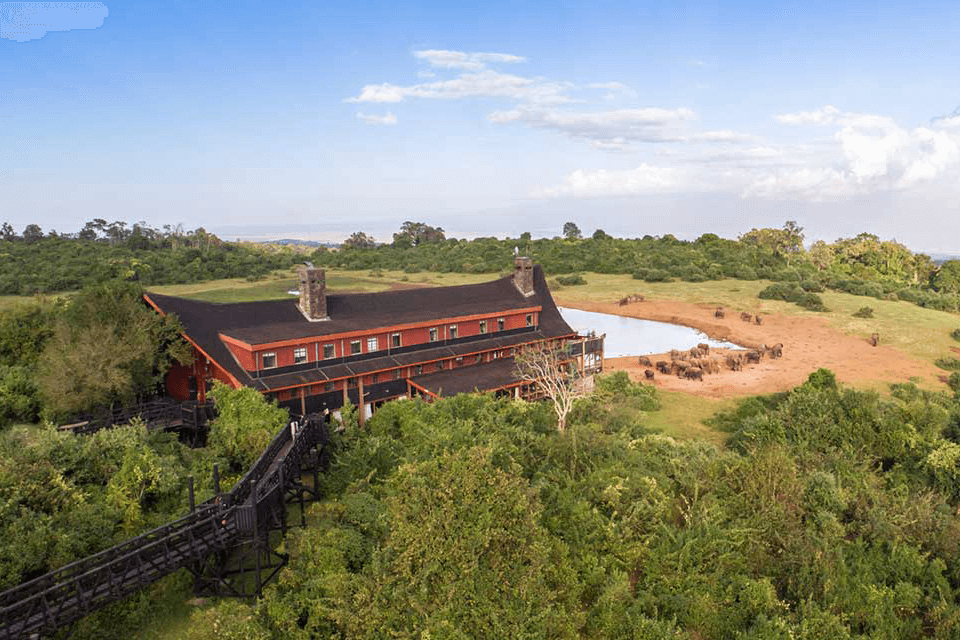 Aberdare National Park was formed to protect the Aberdare Mountain Range which is located about 150 kilometers from Nairobi. The Steep forested ravines have diverse fauna and flora that are perfectly enhanced by the waterfalls.

It was in Aberdare that Princess Elizabeth learned of her father's passing, which made her the Queen in 1952. The Treetops Hotel where the queen was is still around and has other popular names on its list. 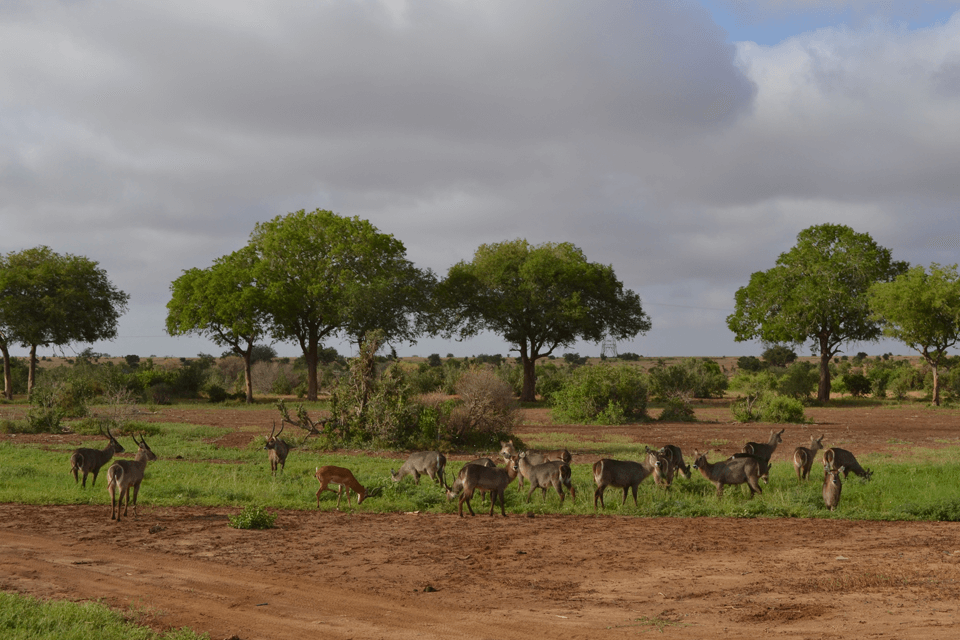 The 2 National parks of Tsavo East and Tsavo West form the biggest wildlife-protected area in Kenya. The ecosystem of rivers, swamps, and lakes makes an attractive home for many animals including more than 30% of Kenya's total elephants. 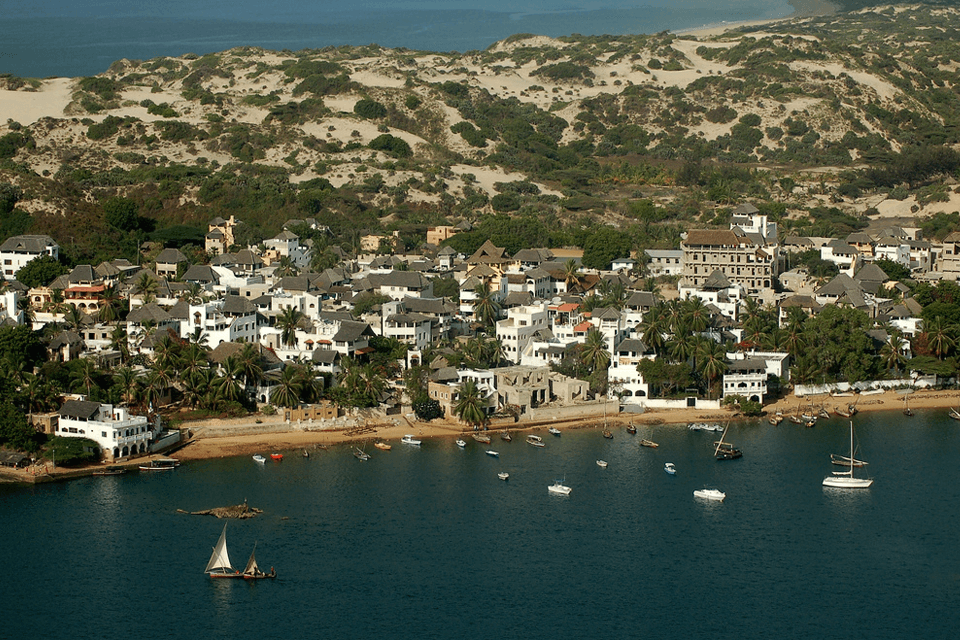 Lamu Island is part of the Lamu Archipelago. Lamu Town is Kenya's oldest town which is said to have been thriving before the 1400s.

Lamu is believed to have Kenya's best beach, which is enhanced by the ability to swim with dolphins and visiting the historical and ancient sites. 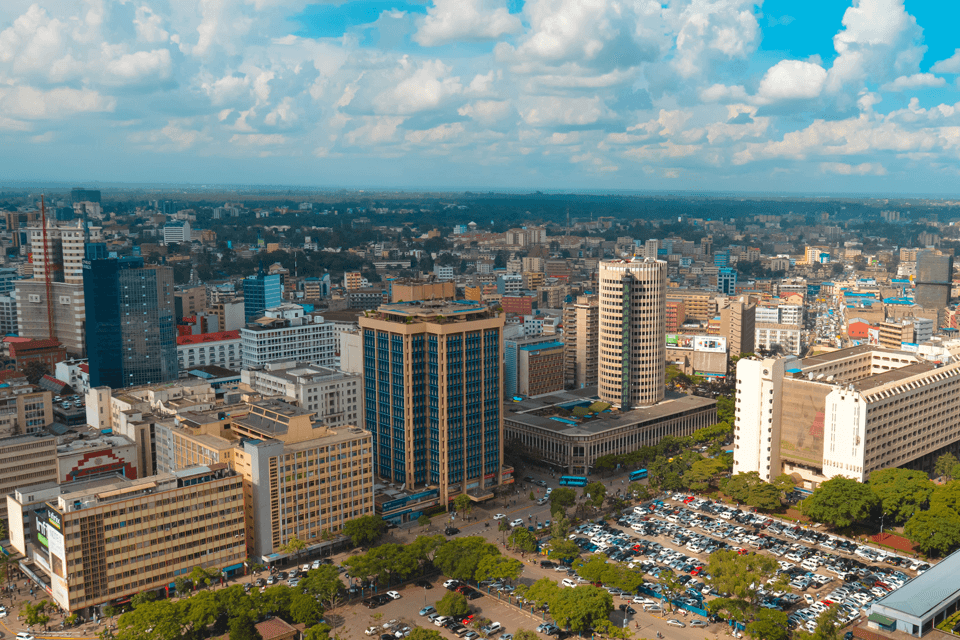 Nairobi is Kenya's capital and biggest city. It is the perfect place to experience a blended mix of all cultures, local, regional and international. Besides the nonstop culture, there is Nairobi National Park just south of the city where you can go and see the wild animals.

As a logistical hub, it is easier to get from Nairobi to Many parts of the world, as well as across the Eastern Africa region. 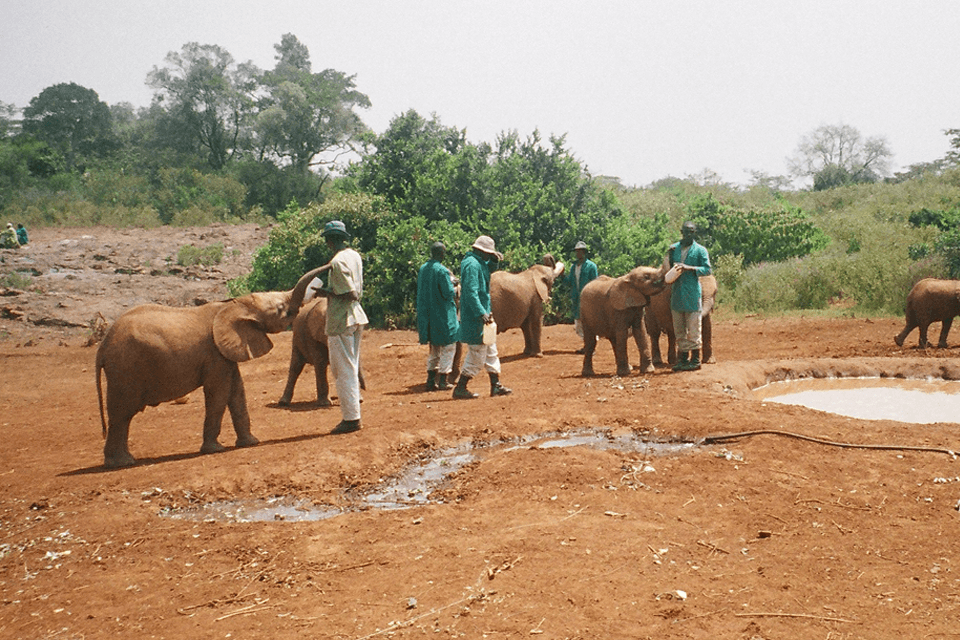 The David Sheldrick Wildlife Trust is a well-known wildlife sanctuary that rescues and rehabilitates orphaned elephants. After taking care of the elephant cubs, they are usually transferred back to a reintegration center in Tsavo East, where they start living among other elephants before finally joining fully the wilderness. 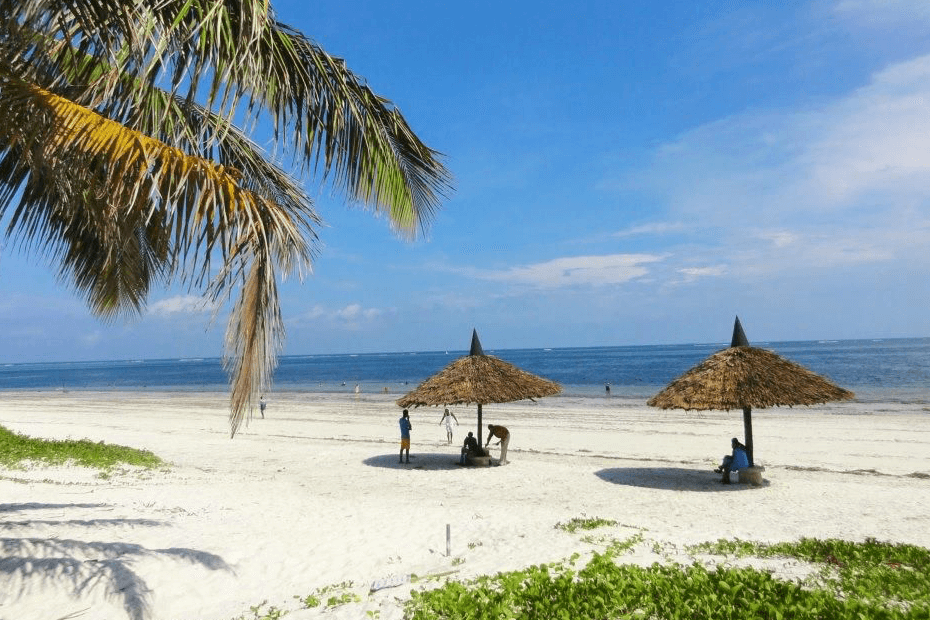 Mombasa is Kenya's second-biggest city and a major seaport. As a major port, Mombasa's culture is influenced by a rich history of Asian, Indian, Portuguese, British, Araba, and African traders who have stayed there over the centuries. This can be seen in the architecture and local cuisine.

The coral reefs around the islands make for great diving and snorkeling adventures - especially when you Mombasa Marine National Park. If you love history, don't miss Fort Jesus. 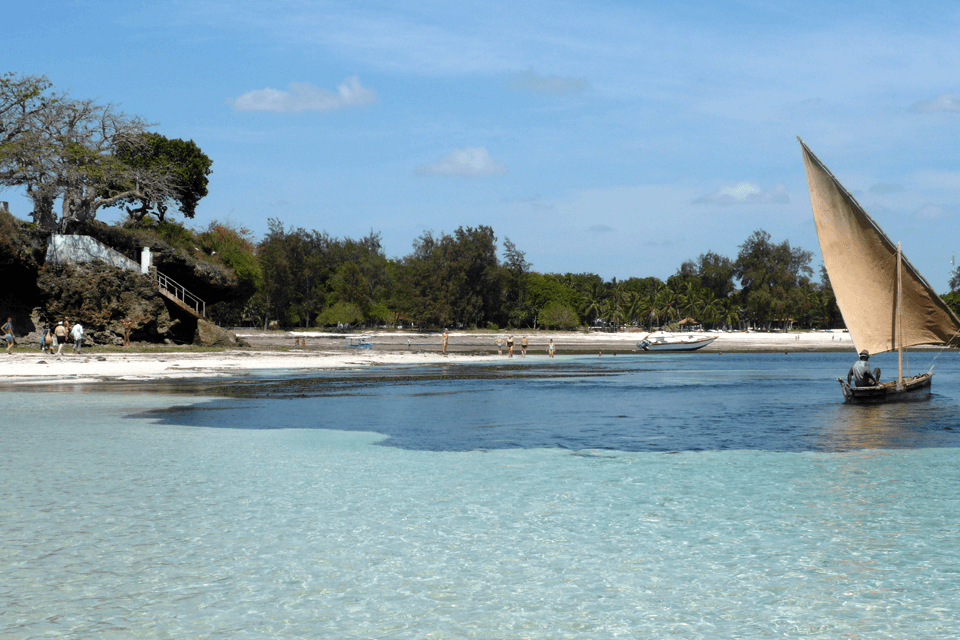 Many travelers flock to Malindi's white sand beaches both to relax as well explore the marine life of the healthy coral reefs. Malindi is a tourist spot that looks both modern but equally retains its historic appeal with its rich 900-year history.

From the Vasco de Gama cross to the oldest Catholic church in East Africa, and then Some diving, Malindi is both 'Old Town' and 'Chic'.

While this article doesn't cover all the places that are worth visiting in Kenya, we hope it adds a few items to your bucket list.

Kenya's reputation as a safari travel destination is if anything, understated and this list could have easily included more than 10 equally wonderful and popular places to visit. As already stated, this list is not organized by any metric that could compare the various places or related experiences.

According to your personal preferences, which of these 13 places would you rank in your top 5? Feel free to share with your favorite 5.