Top Places to Visit in Egypt. 12 places you will enjoy visiting in Egypt

As the oldest tourist destination in the world, Egypt is packed full of history and culture. Some people might think that visiting Egypt is only about the pyramids, but there is so much more to see and enjoy in Egypt.

In this article, we have highlighted some of the places in Egypt that would make for a good and enjoyable holiday in the land of the pharaohs.

Whether you want to explore the oldest history or some of the best diving spots on the African continent, Egypt has a lot to offer for all visitors.

Here are the places we think make for a special Egyptian trip.

Top Places To Visit In Egypt

Very few people will visit Egypt and not visit Cairo since it is near the great pyramids of Giza that have attracted visitors for thousands of years.

While the pyramids of Giza and the Egyptian Museum can tend to overshadow the other interesting places in Cairo, we think that they should be mentioned separately - and deeply explored.

As the capital city, Cairo is teaming with a mix of Egyptian cultures of old and new. From the various mosques whose history dates back more than 1000 years, to magnificent churches, and of course the rambling local markets for souvenirs.

Don't forget to try some delicious Egyptian food and drinks. 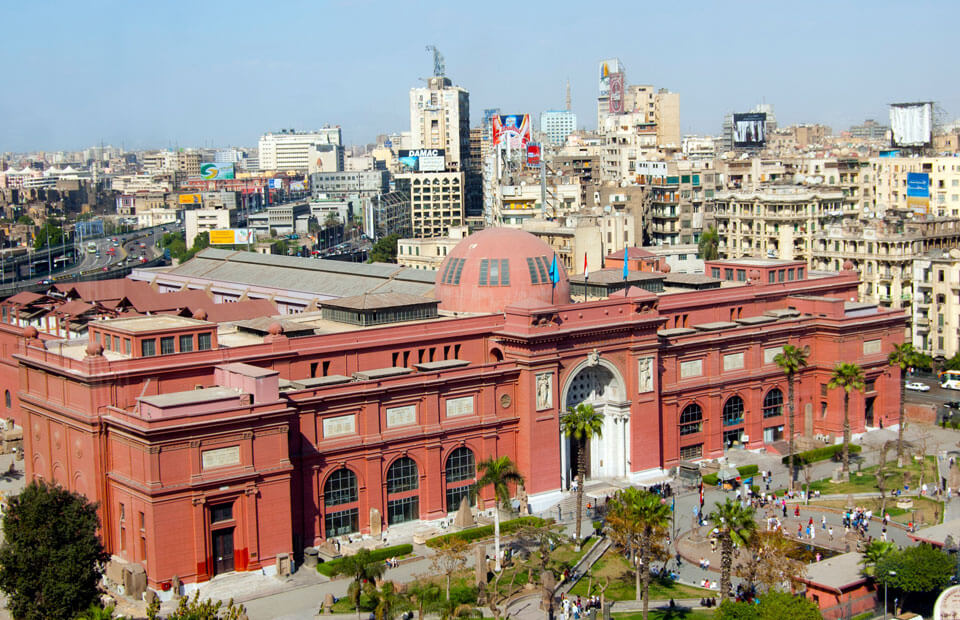 The Egyptian Museum houses the world's largest collection of antiques from the ancient era of the pharaohs. This huge collection spans many eras including the time of the Greeks and Romans.

The museum's unrivaled collection includes complete burials of some ancient kings, as well the statues, jewelry, and other items that are as old as the Giza Pyramids.

The most popular of the statues are those of the great kings Khufu, Khafre, and Menkaure - for whom the Giza Pyramids were built. 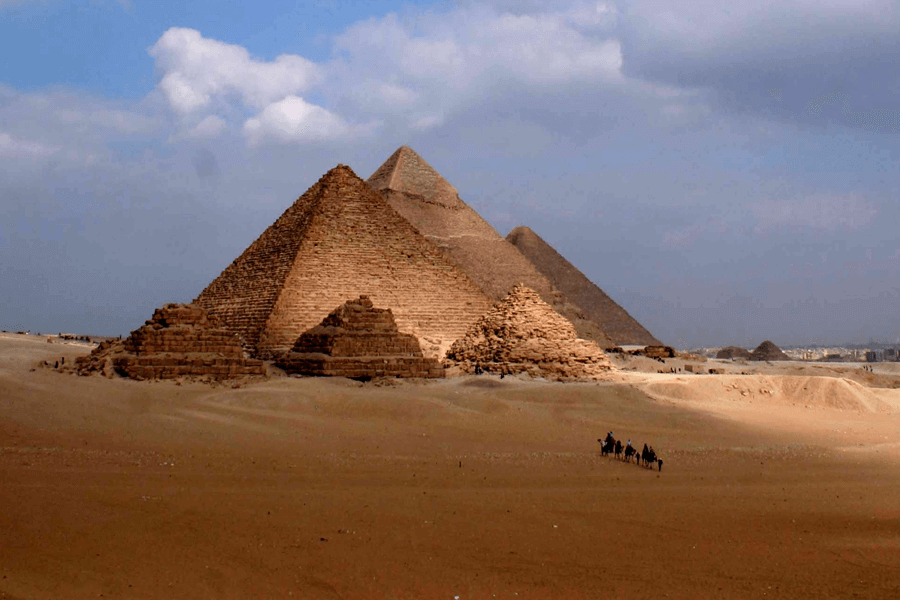 For most people in the world, when Egypt is mentioned, the pyramids of Giza come to mind. The pyramids were built about 5,000 years ago to house the remains of Egyptian Pharaohs.

Unlike most popular activities, visiting the pyramids is standing in history. It is literally being in a time before Jesus Christ and modern civilization.

Related Article: 8 interesting things about the Egyptian pyramids of Giza 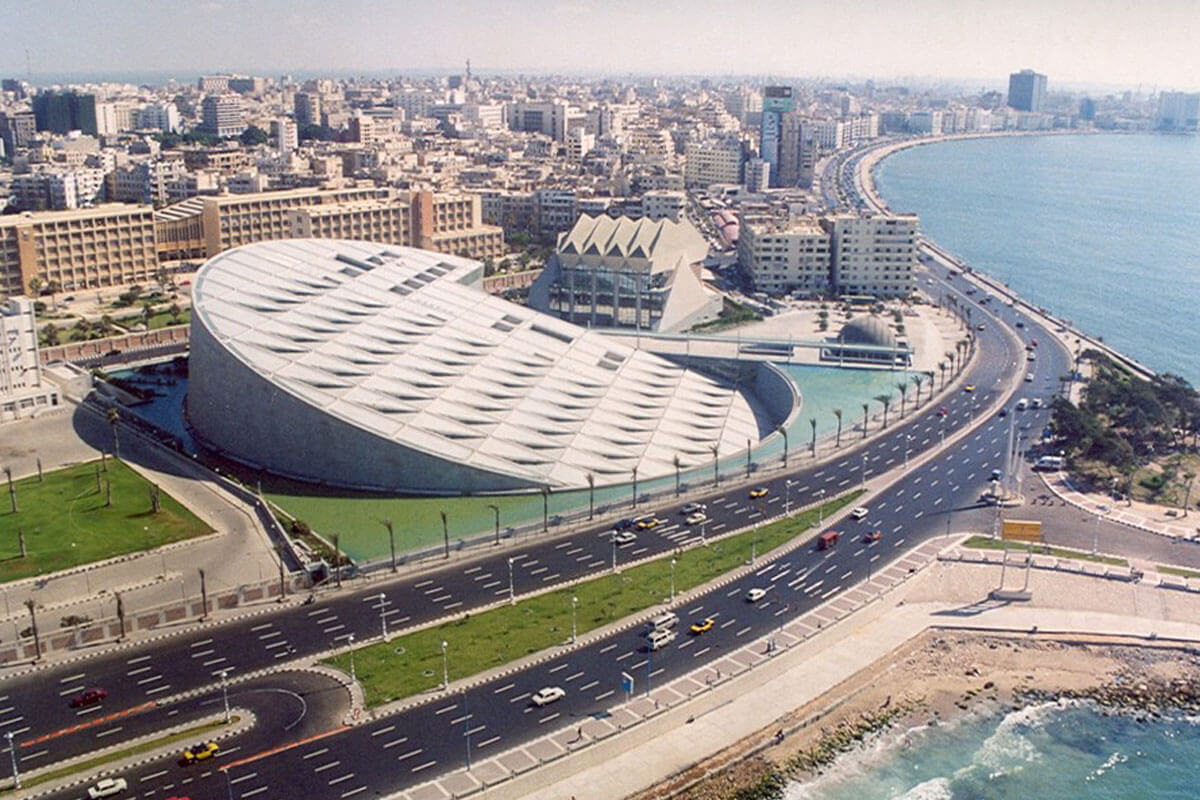 Founded by Alexander the Great, Alexandria was once the biggest city in the world, until Rome overtook it. Alexandria was the cultural and intellectual center of the ancient Mediterranean world.

As with Cairo, the city is a melting pot of cultures from all over the world that can be witnessed in the architecture, statues, monuments, and places of worship from many religions. 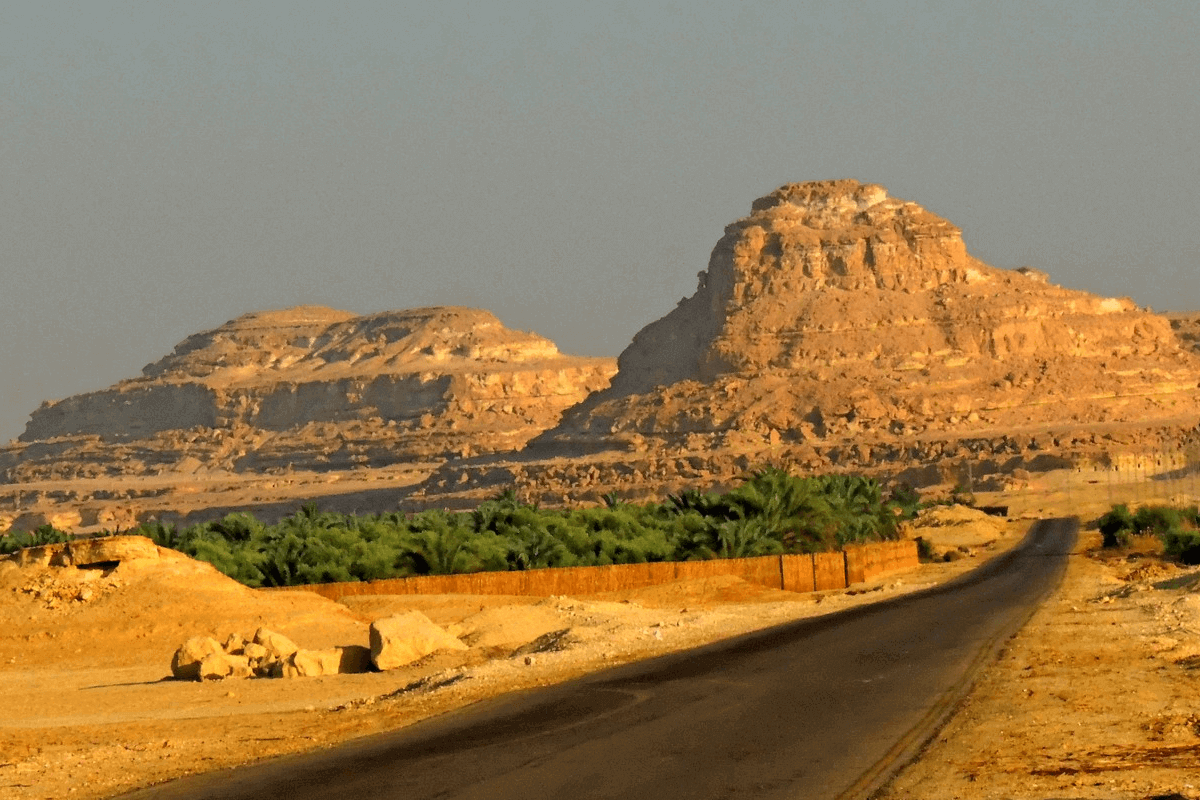 One of Egypt's less-known places to visit is the Siwa Oasis. Siwa Oasis is located 560 kilometers southwest of Cairo in the desert near the Libyan border.

This little gem in the middle of the desert is inhabited by Barber-speaking Sudanic people whose isolation from much of Egypt has kept their local norms and culture sharply distinct.

Apart from learning about the local Barber culture, you can explore the Shali Fortress, the mountain of the dead, or take a dip in the Siwa salt quarry's clear blue waters.

If you are looking for a path less trodden, Siwa should be in your plans.

6. Valley Of The Kings, Luxor

For nearly 500 years (1539 - 1075 BC), Egyptians buried their Kings, Queens, and high priests in the Valley of the Kings. As with the pyramids, the Egyptians built these elaborate tombs to house the remains of their kings.

While most of the tombs were raided by robbers and thieves, the valley of the kings is still a fascinating place to visit that will leave you wondering whether you just time traveled or not.

Some of the tombs are open for exploration as you learn more about the ancient ways that have stuck around. 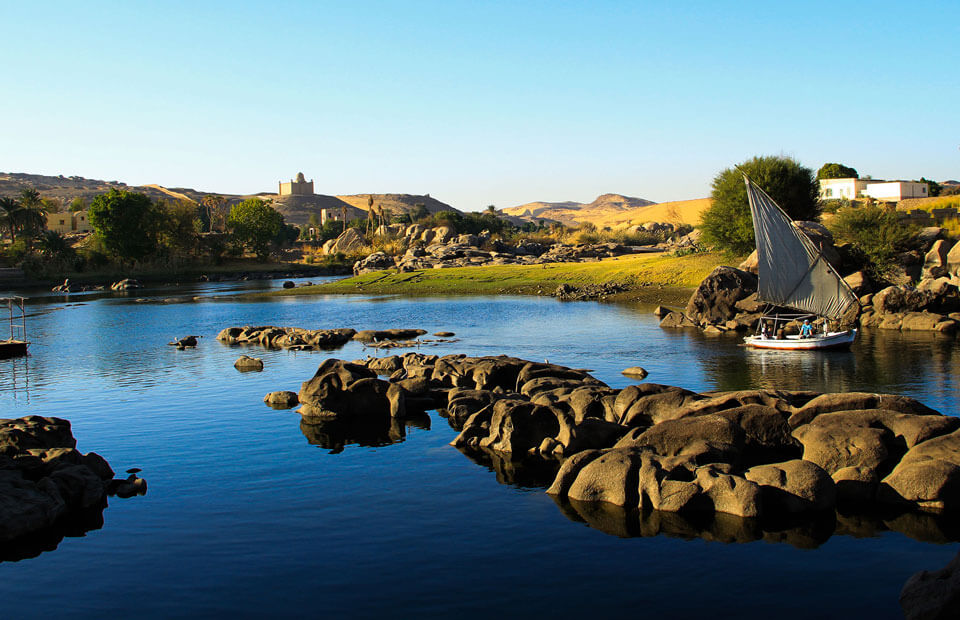 Aswan is a good place to visit for a totally relaxing day of exploration. It is commonly regarded as the starting point for anyone willing to undertake a cruise on the river Nile - which we think you should do.

Apart from the Nile, Aswan still has a lot of historical and cultural experiences to add to your exciting Egypt adventure. Egypt's monuments, pyramids, and statues were made from the ancient stone quarries of Aswan.

The astounding evidence of this is the unfinished obelisk that was abandoned when it fractured during the cutting stage.

Hurghada used to be a small fishing village on the red sea coastline but is now a major tourist resort that attracts visitors from all over the world.

Aside from the flourishing marine life, you will be able to explore some famous shipwrecks such as the World War II Cargo ship SS Thistlegorm.

The hotel infrastructure is very well developed and spread along the shoreline of the red sea. Hurghada is popular with tourists from Europe and Russia, especially in the winter months and holidays. 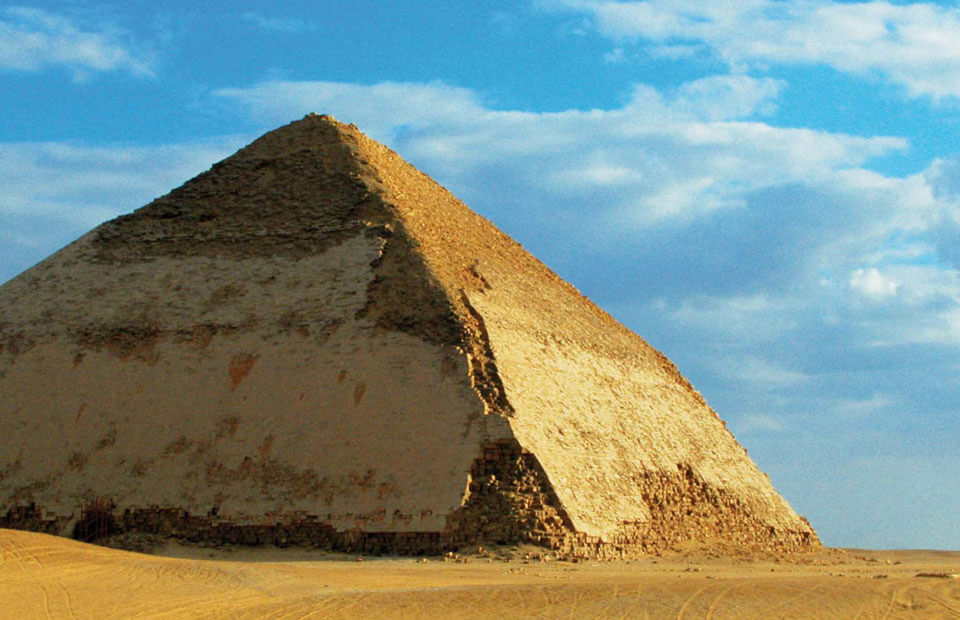 Dahshur is another of Egypt's places well known for its pyramids, 2 of which are among the oldest, largest, and best-preserved in all of Egypt. Dahshur is located around 40 kilometers south of Cairo on the west bank of the River Nile.

Dahshur is a living example of the trials in building the pyramids, that King Snefuru. From the Bent pyramid to the Black Pyramid, you can visually and physically see the progress that eventually led to the Great Pyramids of Giza - which were built by his son. 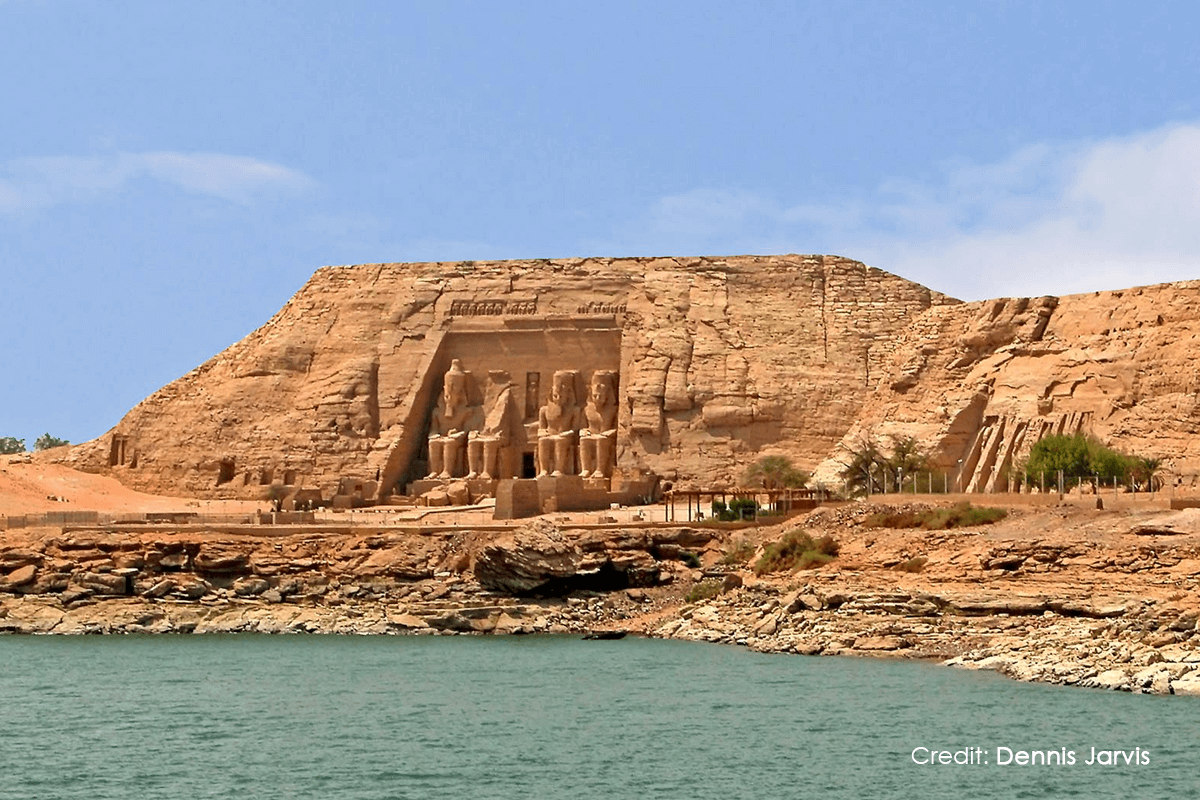 Abu Simbel is an ancient temple complex, originally cut into a solid rock cliff on the west bank of the River Nile, located 250 kilometers southwest of Aswan.

The temples at Abu Simbel were built by King Ramesses II and colossal statues of Ramesses II flank the entrances to the temples. The statues and artwork are spectacular examples of ancient Egyptian art.

Sharm el-Sheikh is the Egyptian town on the southern tip of the Sinai peninsula whose rich history and wonderful marine ecosystems make it a tourist hotspot.

Sharm - as it is sometimes shortened by Egyptians, is a former fishing village that is regularly visited by tourists from all over the world who like to enjoy the warm climate, magnificent red sea activities as well as wonderful nightlife.

Sharm el-Sheikh whose name means "Bay of the Sheikh" was once occupied by Israel and later returned to Egypt in 1982. The town is popular with regional and international peace treaties which have earned it the nickname "City of Peace".

Sharm el-Sheik is an important point for those who want to explore the Southern Sinai attractions - chiefly among them Mount Sinai and St Catherine Monastery. 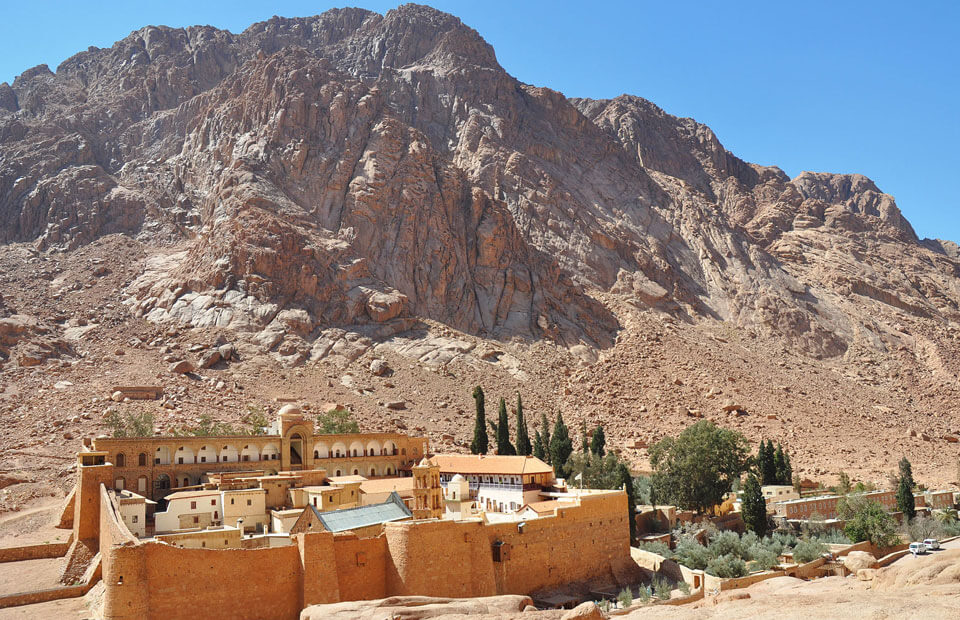 Mount Sinai is a very important place of pilgrimages for people of the Abrahamic religious faiths - such as Christianity. This is believed to be the place where Moses received the 10 commandments from God.

At the foot of Mount Sinai is the St Catherine Monastery, which is one of the oldest working monasteries in the world. The monastery also houses the oldest continuously working library in the world, which is filled with many unique books from centuries past.

Pilgrims climb mount Sinai early in the morning for a chance to witness the morning sun as it rises and washes over them and the landscape below.

While the above places are numbered, we have to mention that we have no order of preference. Each place is equally fascinating and we have picked the dozen we are most excited about.

As far as Egypt's attractions, their rich history genuinely qualifies every place several books - but we still think that seeing the real thing is beyond words. Whether you want to explore the marine-rich sea, the Nile, or the ancient history and civilizations, Egypt will fulfill your desire.

With this article, we have barely scratched the surface of what makes Egypt a wonderful place to visit.

When you start planning a visit to this great place, let us know and we'll hook you up with our trusted local operators to help you properly plan and get around.