Victoria falls is one of the most remarkable natural wonders on the African continent. As the biggest single sheet of water in the world, this UNESCO world heritage site attracts millions of people both local and foreign to marvel at the force of nature. 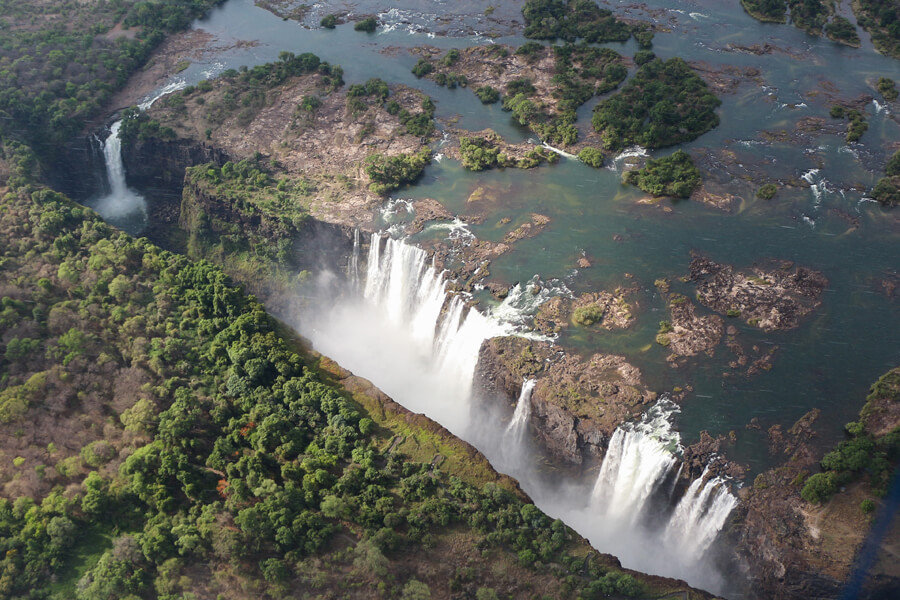 A trip to Victoria Falls is a major highlight of any African safari holiday in Zambia or Zimbabwe.

In this article, we'll look at some interesting facts about the thunderous Victoria Falls as well as the various things you can get to enjoy on your trip there. 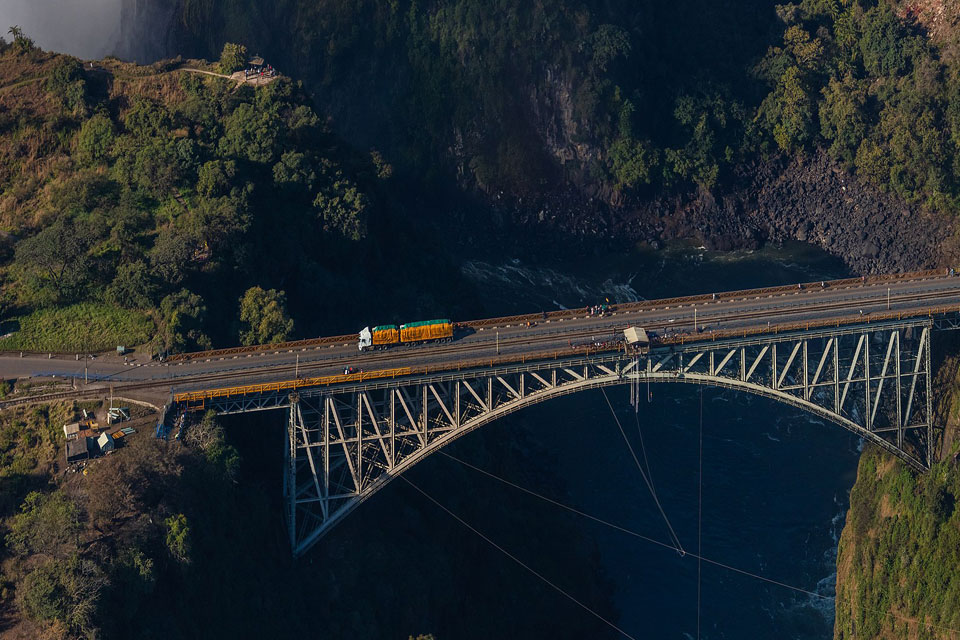 Whereas David Livingston is said to be the first European to see the falls, some arguments exist for Arab traders and earlier Portugues explorers who had entered that far into the interior of Africa.

Archaeological discoveries around the falls indicate that local tribes had been living in the areas near the falls for thousands of years.

3. Why Does Victoria Falls Have Two Names?

The name Victoria Falls was given by Dr David Livingstone in honour of Queen Victoria of England - who was the reigning Queen at the time. The local name for Victoria Falls is "Mosi-ou-Tunya" which translates to "The smoke that thunders".

Unlike many other attractions across Africa, both the names of the Victoria Falls are commonly and almost equally used.

Victoria Falls and the National Parks that surround them in both Zambia and Zimbabwe are classified as UNESCO World Heritage Sites. The Falls (and adjacent parks) were inscribed in 1989 because of their ecological and geological value. Both the names of the Falls are fully recognized.

Victoria Falls is also listed among the 7 natural wonders of the world. 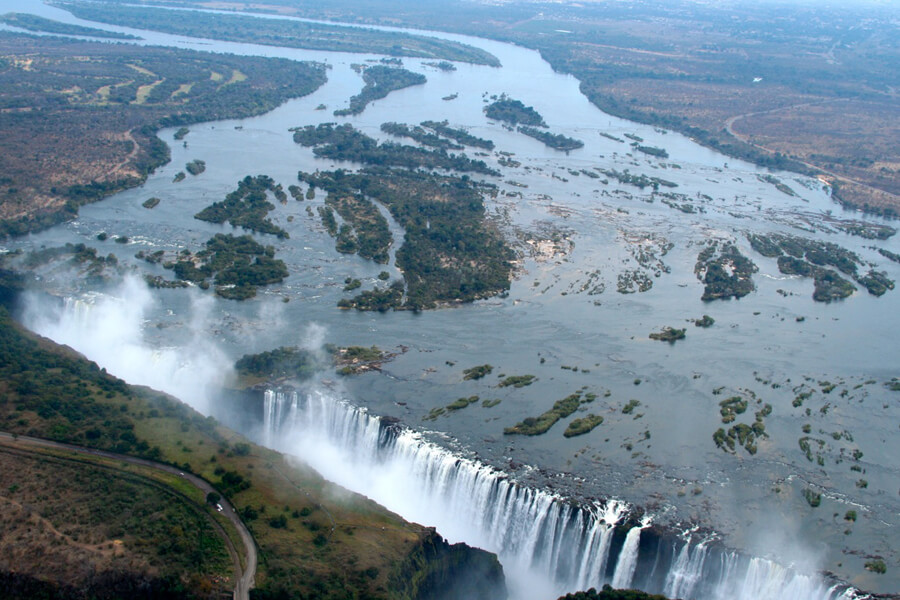 The Victoria Falls are considered the largest waterfall because of both its width and height. The combined width of the Victoria Falls is 1708 meters (1.7 kilometers) and a height of 108 meters.

While the Victoria Falls are neither the Tallest nor the widest, they are classified as the largest based on height and width, because this results in the world's largest sheet of falling water.

7. Do The Victoria Falls Dry Up?

The size and intensity of Victoria Falls are Seasonal. Victoria Falls relies on the river Zambezi for water and the water level often changes because of changing seasons upstream.

Between April and June is peak water season and the Zambezi has the highest levels. This is when the falls are at their most thundering magnificence. 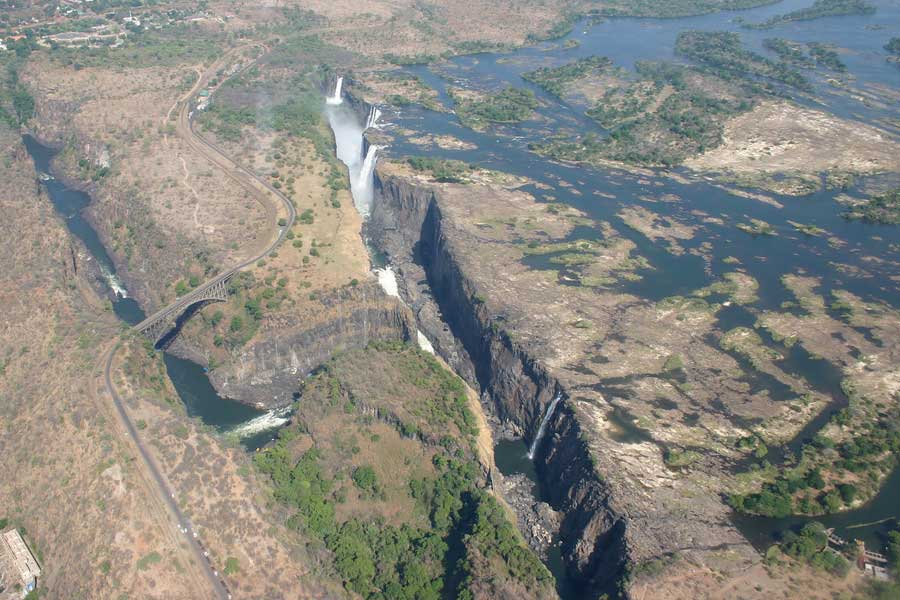 From September to November, the water levels drop significantly. This is however the best time to take a sweet in the Devil's Pool at the Cliffedge of the Falls and enjoy the ultimate natural infinity pool.

The Splash and mist from the falls have led to a thriving rainforest in what is essentially an unlikely place. The waterfall has nurtured a forest ecosystem with plants such as mahogany and ebony that are rare to the area.

The Rainforest has many plant and animal species and is worth checking out while on your visit to the falls. 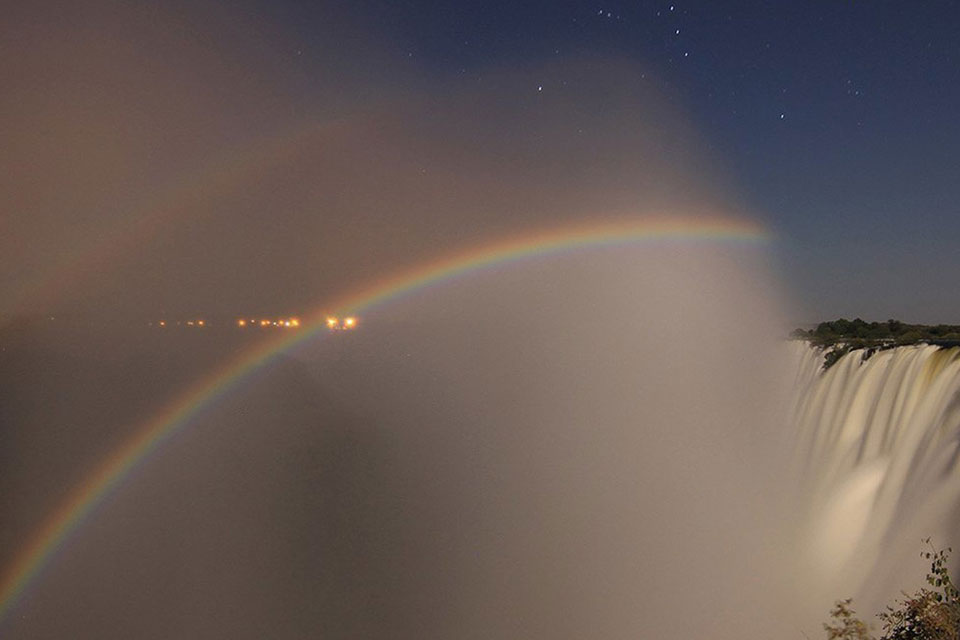 Victoria Falls is one of the few places where you can witness a lunar rainbow - also know as a moonbow. This happens on full moon days of the month.

Lunar rainbows happen when the [reflected] light from the moon bends through the misty atmosphere of the waterfalls.

Moonbows are rare and only regularly present in few places. While visiting Victoria Falls in a full moon period, you can witness the lunar rainbow/moonbow with ease.

Whether you are thrilled about swimming in the devil's pool or watching the Victoria Falls at their most powerful as they noisily thunder, there is no denying that this is a very interesting place.

While we hope that this article inspires you to add Victoria Falls to Your bucket list, we know that it doesn't do this wonderful place any justice.

The best way to enjoy Victoria Falls is definitely by being there in person and feeling the misty water rain down on you and soak through the plastic rain protection and umbrella.