Facts About Leopards. 14 interesting things to know about the sneakiest big cat

Leopards are one of the most stealth wild animals, and a chance to see them in the wild is one of the rarest opportunities. Leopards are small compared to other big cats like lions, tigers and jaguars but are the most well adapted to environments and habitats.

Despite their small size, leopards are one of the big-5 African safari animals - along with lions, buffaloes, elephants and rhinos. This is because they are ferocious hunters and dangerous.

In this article, we will look at some things that make leopards very interesting. 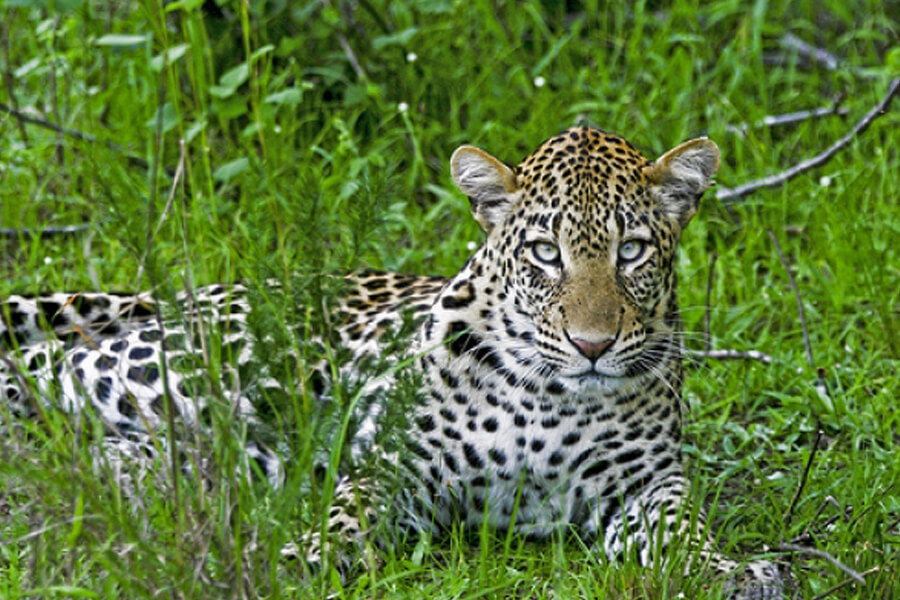 1. How Many Kinds Of Leopards Exist

Currently, there are 8 recognized subspecies of leopards that are considered valid. This is based on mitochondrial DNA analysis.

Here are the 8 subspecies of leopards recognized by the Cat Classification Task Force.

2. Where Do Leopards Live?

Leopards have the largest habitat range of all the big cats and occur widely in Africa, Europe and Asia. Leopards mostly live in areas with grasslands, woodlands and riverine forests.

African leopards are can be found in a wide array of habitats except for the extremely sandy deserts. African Leopards can be seen in the wild in some parts of Morocco, Western, Central, Eastern and Southern Africa. 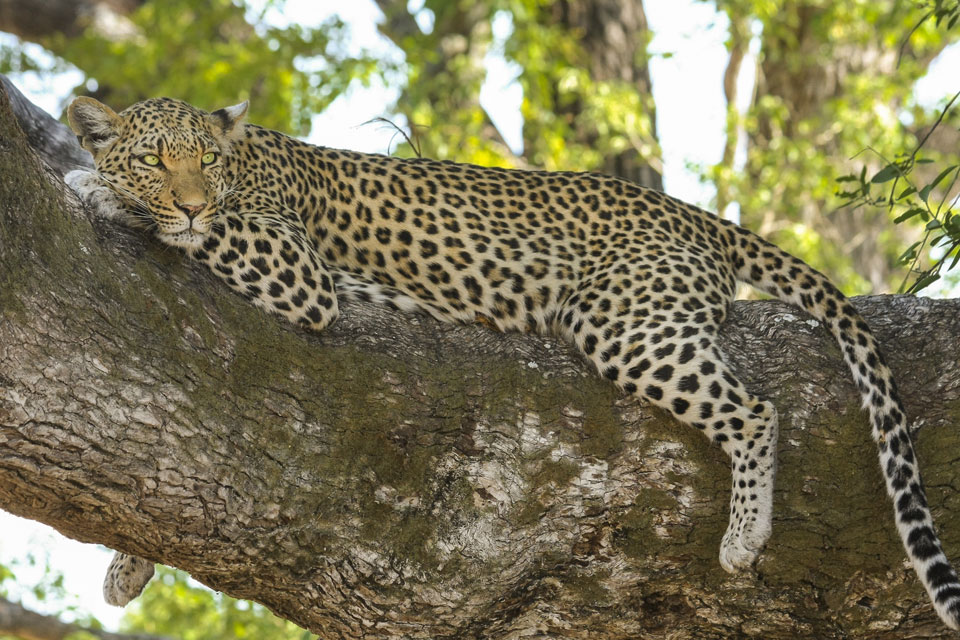 3. How Long Do Leopards Live?

The average lifespan of a leopard is between 12 and 17 years. Leopards in the wild are less likely to reach the age of 17 years due to the conditions of the wilderness that present a need for strength on a daily basis.

The oldest recorded leopard lived at a wildlife Sanctuary and managed to live for more than 24 years.

4. Why Do Leopards Have Spots?

The rosettes help the leopard to blend into the nearby environment, especially dense vegetation and patchy shadows. The spots of a leopard are called rosettes because they resemble the shape of the rose flower.

The rosettes of a leopard are also helpful in identifying different individuals because each leopard has a different pattern of spots.

5. What Do Leopards Eat?

Like the other big cats, leopards are exceptional hunters that prey on other animals in their ecosystem. Leopards often kill and eat small and medium-sized animals weighing between 20 and 80 kilograms. When the need arises, a leopard will hunt a bigger animal such as Eland.

Similarly, a shortage of prey can lead a leopard to hunt smaller prey such as rodents, hares and even some crawling anthropods like dung beetles.

6. How Do Leopards Hunt? 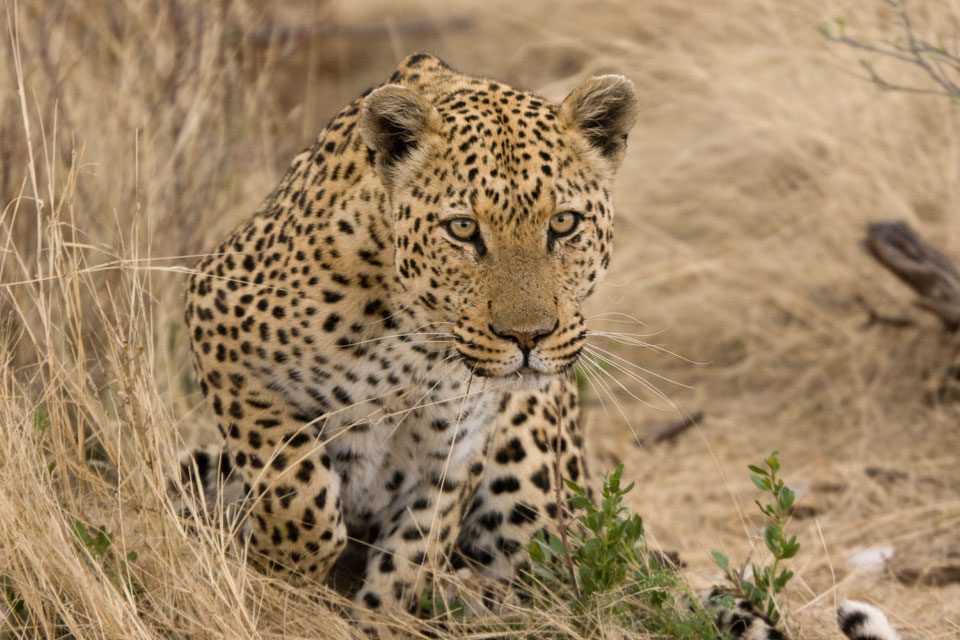 Leopards rely on the incredible senses of hearing and vision for hunting. They typically hunt at night but have been observed to hunt during the day in some places such as Kenya's Tsavo National Park.

Leopards do most of their hunting on the ground by stalking the prey and waiting to be within about 5 meters (16 feet) before pouncing on the animal and suffocating it.

While smaller animals are easier to kill with a bite to the back of the neck, bigger animals have to be held for longer and struggle.

Leopards are good at swimming and have been observed catching some fish or crabs for food.

8. Why Do Leopards Carry Prey Up A Tree?

Leopards often eat their prey in the tree because they are trying to hide it from the other predators that are stronger and would steal it - maybe even killing the leopard.

Leopards are quite small compared tot he other predators such as lions, African wild dogs, or hyenas and tries to avoid any confrontation with them. The leopard has very strong neck muscles and can carry prey that is 2 to 4 times its own weight up a tree.

In cases when the other predators are not very common, leopards do enjoy their prey on the ground.

9. How Much Do Leopards Eat? 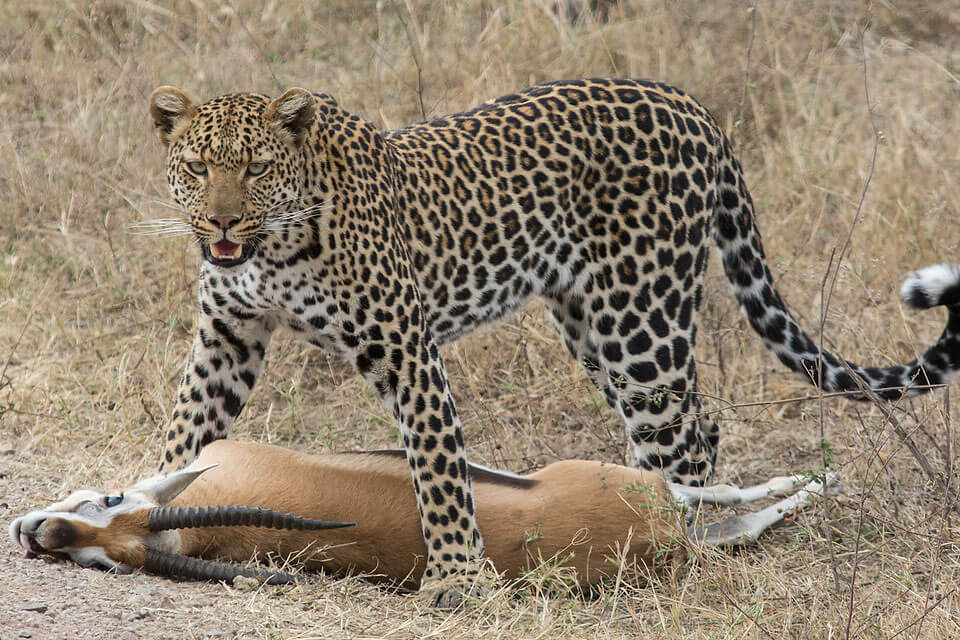 On average, a male leopard eats about 3.5 kilograms of meat every day while a female leopard eats 2.8 kilograms. Leopards often meet their water requirements through the body fluids of their prey as well as some succulent plants.

A leopard will drink water every 2 to 3 times in one week.

Leopards communicate with many sounds and roaring is one of them. The roar of a leopard is different from that of a lion as a lions roar is throaty yet that of a leopard consists of grunts. A leopards roar is also referred to as a sawing roar.

Aside from roaring, leopards also communicate with growls, snarls, meows and various smells and body movements. Like other big cats except for the cheetah, leopards do not purr.

While leopards can make all these sounds, they are usually silent and keep sounds to a minimum. This helps them to stay hidden from other animals since leopards prefer being solitary. 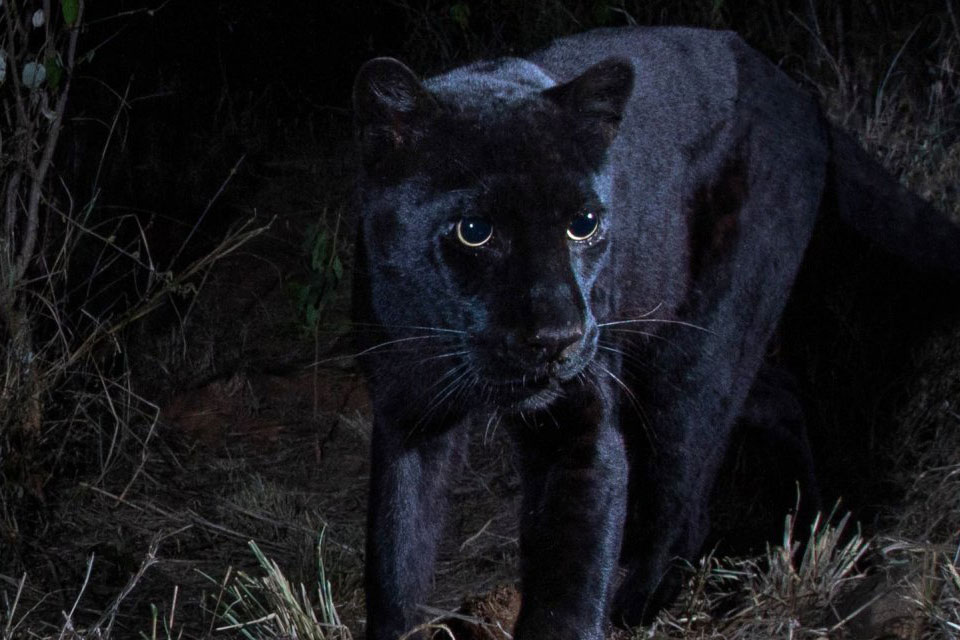 A black panther is a melanistic variant of a leopard or jaguar. Black panthers have excess black pigments but their rosettes (spots) are present and can be seen from a close angle.

Black panthers of both leopards and jaguars are very rare and have mainly been seen in tropical forest habitats. Researchers believe that a melanistic leopard could have an added stealth advantage since they are commonly found in areas of very dense forest cover.

12. How Are Leopards Identified?

Since leopards are solitary animals that are also highly territorial, the easiest way to identify a leopard is by territory. This is not an effective method but works over a short period of time.

Every leopard's roaring sound is slightly distinct and experienced rangers and trackers can identify leopards from their calls. 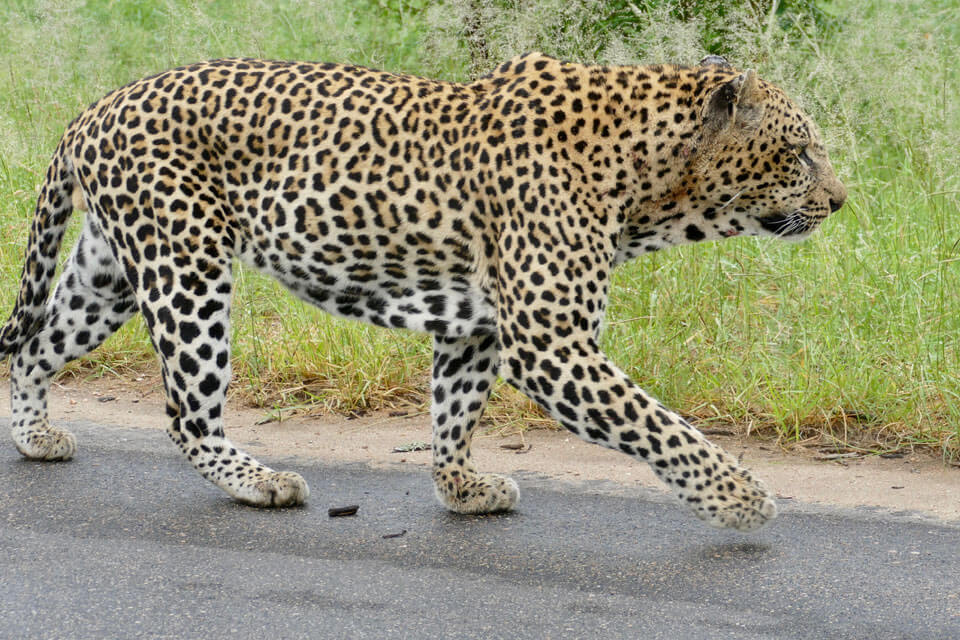 A leopard can run at a speed of up to 58 kilometres per hour. While this is fast by human standard, this is slow compared to cheetahs, lions and other animals such as impala.

Because they are very good at stalking their prey up to about 5 meters, leopards have the strength to pounce once and take down an animal several times their size. With the ability to leap 6 meters forward and 3 meters high, leopards are well equipped to survive with a slightly lower running speed.

And there you have it, all the interesting things about what is arguably the most beautiful of Africa's big cats - the leopard.

Unlike many wild animals, leopards are extremely solitary and hard to see on a safari. They are best seen on evening game drives. Seeing a leopard is a treat, especially when it is during the day and you can try to follow its path.

Leopards are definitely one of the animals that should be on your bucket list and we hope this article has convinced you that the hype around them is not wrong. What is your favourite thing about leopards?