Because of their long neck and legs, Giraffes are easily the most known and identifiable African wild animals.

Seeing giraffes on safari is a wonderful experience that never gets old regardless of how many times you've seen giraffes. Their height is such an imposing presence, as they eat off the top of trees in the vast savannah.

In this article, we'll look at some interesting facts about giraffes, so that the next time you see a giraffe, you will feel slightly acquainted. 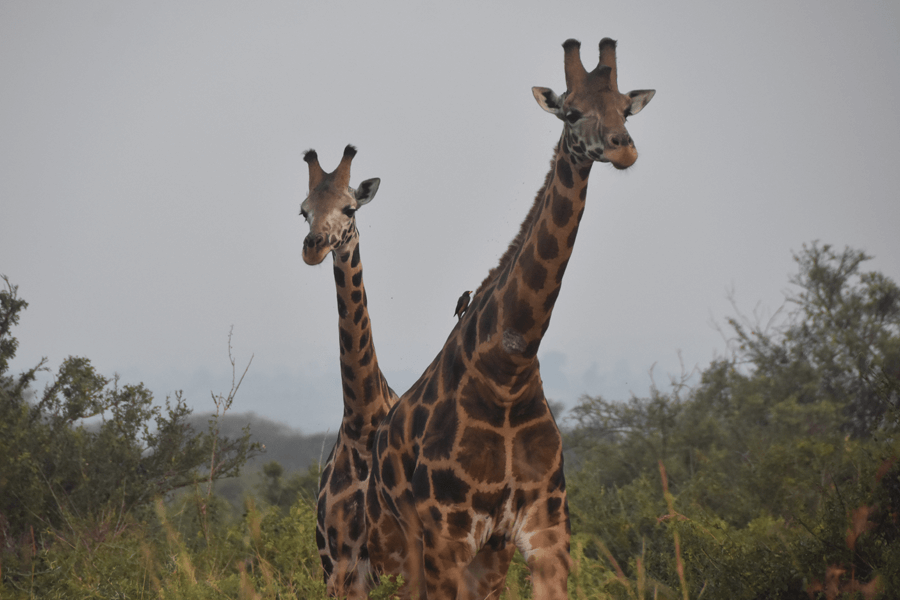 1. Where Do Giraffes Live?

Giraffes in the wild can be found in Africa throughout many countries below the Sahara, all the way to South Africa. Giraffes live in areas of savannah and woodland habitats with acacia trees which serve as food sources.

Related article: Where do Giraffes live in the wild

2. Could A Giraffe Kill A Lion?

A giraffe is capable of kicking with all four of its legs, and its kick is so strong it can badly injure a lion - even leading to the lion's death.

Adult giraffes are not often preyed on because they are capable of seeing the danger from a distance and their kicks are powerful enough to hurt any predator. Young giraffes (calves) can however get hunted and killed by predators like lions and African wild dogs.

When a giraffe is slightly more used to people, it can be friendly and come a round for a little petting. This will mostly happen with the giraffes that often come to the lodge or hotel vicinity, but should by no means be expected while on safari.

4. What Do Giraffes Eat?

Giraffes are herbivores and only eat plant material for food. Giraffes eat leaves, twigs, shrubs, and some fruits. An adult giraffe eats around 34 kg (75 lb) of food every day.

A giraffe gets a lot of water from its food and only drinks water once every 3 to 4 days. 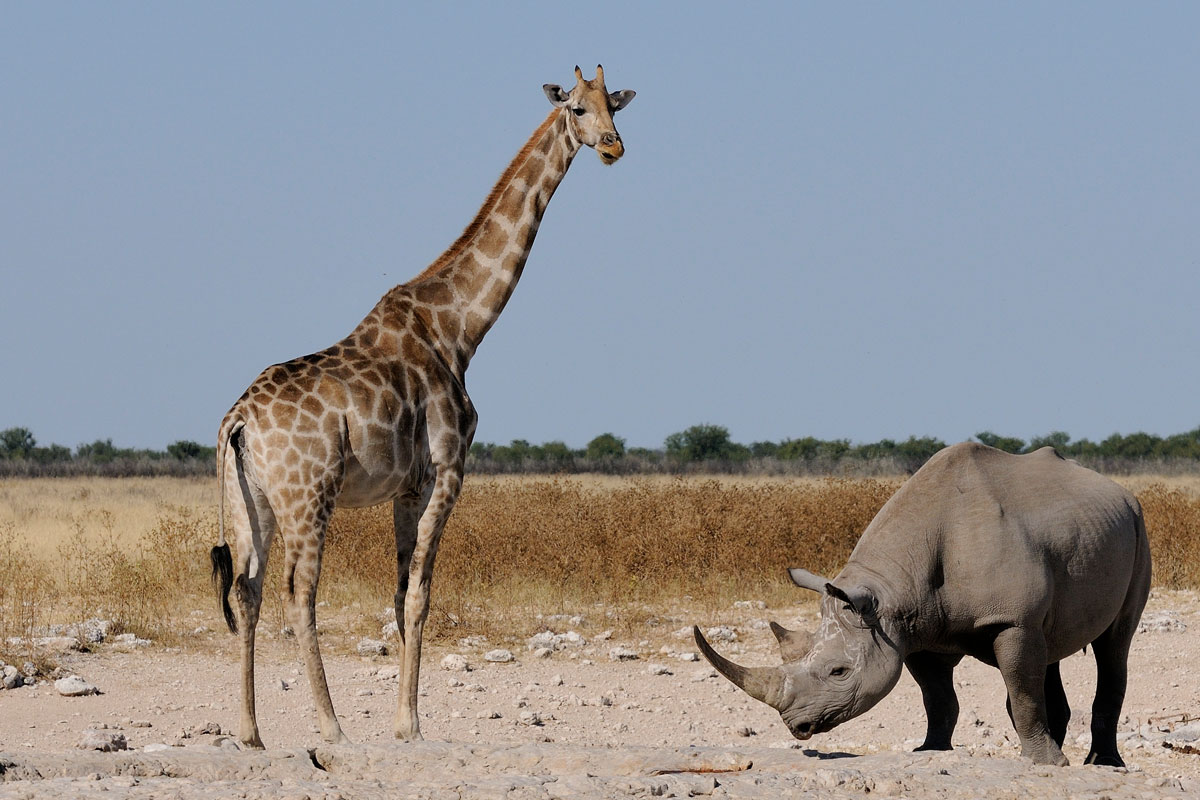 A giraffe is not just a tall animal, it is also big and can weigh an average of around 1200 kilograms.  A fully grown adult giraffe can be 5.7 meters (18.7 ft) tall with males being bigger and taller than females.

6. How Long Do Giraffes Live?

Giraffes enjoy long lives compared to other animals in the wild. A giraffe can live for around 38 years in the wild.

Adult giraffes face little danger in the world, and most adults get to live out their long lives with very few falling prey to lions, crocodiles, or other predators.

Giraffes are fast and can sprint to a speed of 60 km/h for a short period of time. A giraffe can sustain a speed of around 50 km/h a longer distance.

While galloping, a giraffe relies on the backward and forward momentum of its head and neck to keep good balance.

8. How Do Giraffes Sleep? 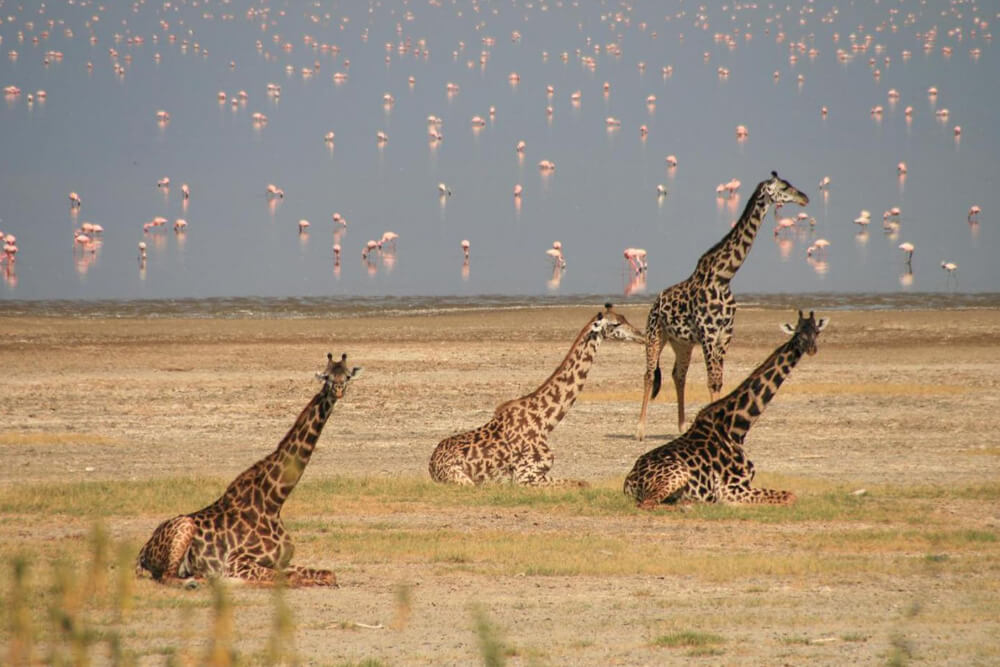 Giraffes sleep by folding their legs and lying with the body on top of the folded legs. Giraffes don't sleep much and sleep in intervals of around 4.5 hours.

9. Why Do Giraffes Have Long Necks?

The giraffe has a long neck that can measure up to 2.4 meters in length. The neck is useful in helping the giraffe reach the leaves and shoots on top of the trees for food.

The long neck also helps giraffes easily see the predators that might be approaching, when they are still very far away.

2.4 meters of neck is taller than a 7-foot tall person.

A giraffe has a big heart that can measure about 2 feet in length, and weigh more than 11 kilograms (25 lb). Since the giraffe is extremely tall, the big heart must maintain blood flow to the brain.

To sustain the pressure of 150 beats per minute, the giraffe's heart has a thick wall of about 3 inches.

11. Giraffes Use Many Sounds

While giraffes are mostly quiet, they communicate with several sounds such as snorts, sneezes, coughs, moans, hisses, grunts among others. In the night, giraffes hum to each other for unknown reasons.

A female giraffe will call her calf by bellowing and young calves will also emit mooing and mewing sounds.

Giraffes have long pregnancies of between 13 and 15 months. After the pregnancy, a giraffe gives birth to a calf that is around 6 ft tall and able to walk immediately. 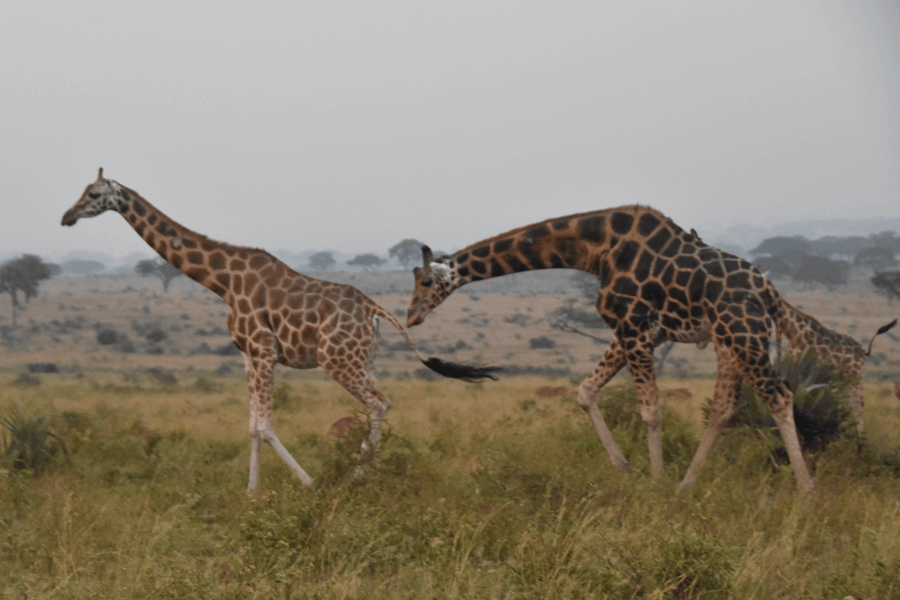 A newborn giraffe calf is around 2 meters (6.6 ft ) tall and about 60 kilograms (150 lb) at birth. A newborn giraffe grows very fast and can gain around 1 inch of height every day for the first week.

Giraffe calves continue to grow very fast and by 4 months, they can eat from trees that are 10 feet high. A calf will double its size in the first year.

14. Giraffes Use Their Necks In Fights

Through a process called 'necking' giraffes use their long necks for fights. It is used in establishing dominance in the male giraffes.

Necking is mostly of low intensity but it can occasionally escalate and lead to serious issues such as broken jaws, broken necks, and sometimes death.

15. Are Giraffes In Danger? 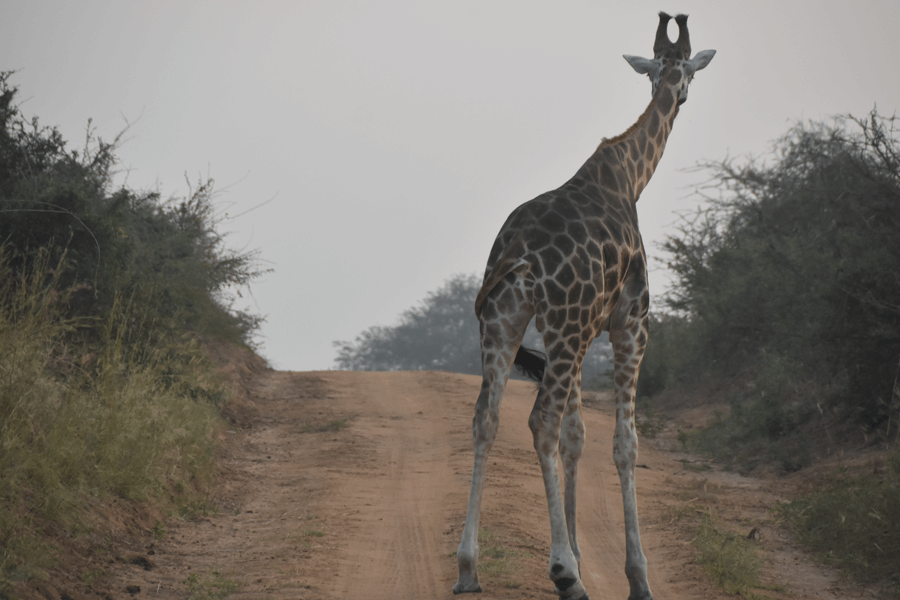 According to the International Union for the Conservation of Nature, Giraffes are classified as vulnerable species. Giraffes have gone extinct from most of their original habitat range and the national parks and game reserves where they are facing growing human pressures.

And that is it, some interesting things to know about the world's tallest land animal - the giraffe. We hope you found these interesting and learned something about giraffes.

Seeing giraffes in their natural wilderness is a great experience, and if you can go on a safari to see them, it will be incredible.

What is your favorite thing about giraffes?