Rwanda as a tourist destination. 8 reassuring reasons to visit Rwanda in 2023

Rwanda is one of the top countries to visit in Africa and the world as a whole. Considering a recent past that was quite turbulent, the progress that has happened is unbelievable and really exciting.

Rwanda is now the premier destination for seeing wild mountain gorillas in their natural habitat, the thick rainforest in the volcanoes national park. 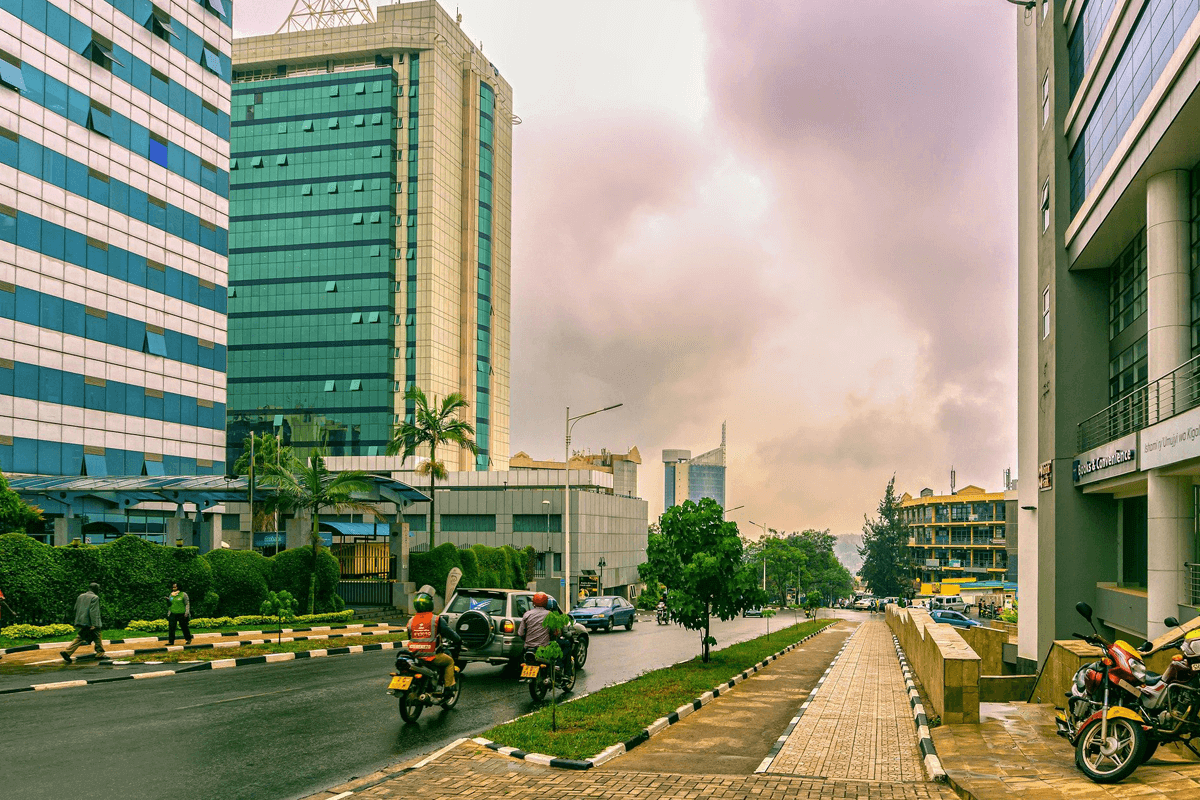 Whichever way your interest in visiting Rwanda started, we want to reassure you that it is a wonderful country with great nature and incredible people and is definitely worth visiting and experiencing.

In this article, we'll look at 8 reassuring facts about Rwanda as a tourist destination, and why you would enjoy the land of a thousand hills.

Facts About Rwanda As A Tourist Destination

Luxury accommodation in Rwanda is 5-star facilities that will give you a touch of class that is blended with nature’s gifts and most of them reflect the Rwandan culture. Enjoy your holidays in one of the best facilities in Rwanda delivering experiences through service quality, excellence and emotional engagement.

Rwanda with its brand of luxury accommodation does not mean that there are no other options to choose from. You can also stay in high-end facilities and mid-range facilities which equally have the best services for your stay as you visit Rwanda.

There are also standard accommodations if you are a budget traveller. Please ask our experts.

The country Rwanda is mainly composed of three (3) tribes including Hutu, the Tutsi and the Twa and they have largely contributed to the development of cultural tourism in Rwanda.

Cultural diversity it is meant to be having different cultures in respect of others' differences and this can be evidenced when you visit Rwanda, the country of a thousand hills. Besides the Hutu, Tutsi and Twa, Rwanda showcases a wider cultural diversity with a population that includes the: Rundi, Lingala and Swahili-speaking communities, Hima, Belgian-Fleming, and Arabs, French and Gujarati Indians. 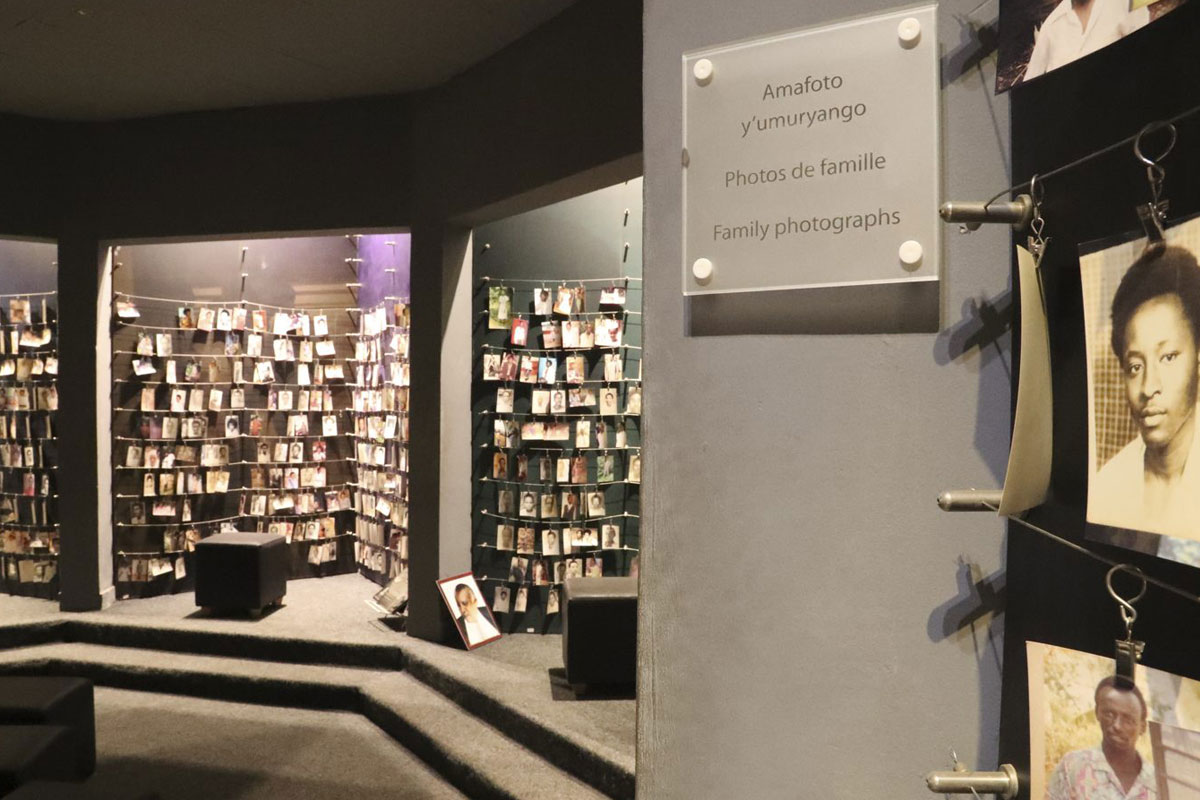 The most known traditional dance is INTORE and during its performance, it is composed of three performances which include the ballet, performed by women; the dance of heroes, performed by men, and the drums.

During your safari in Rwanda, do not miss the Iby Iwacu cultural experience at Volcanoes National Park.

It is said that originally Rwanda as a country belonged to the pygmy Twa and they were the hunters, gatherers and porters. The Twa dominated the hilled landscape that was largely forested. Later in 11 AD, the HUTU who now make up the larger Rwandan population took over the country.

In the 15th Century, the Tutsi which are Bantu nomadic followed and occupied patches of the country herding their cattle and they are now the second largest population in Rwanda.

The common business language is Kinyarwanda since the pre-colonial times by the Banyarwanda people who share a single language and cultural heritage, also the locals speak French and some of them speak English.

Traditional arts and crafts are produced throughout the country, although most originated as functional items rather than purely for decoration. Woven baskets and bowls are especially common.

The southeast of Rwanda is noted for imigongo, a unique cow dung art, whose history dates back to when the region was part of the independent Gisaka kingdom. The dung is mixed with natural soils of various colours and painted into patterned ridges, forming geometric shapes.

You can also enjoy the Rwandan cuisine with different dishes based on local staple foods produced by traditional subsistence agriculture.

The food is varied among the country's different ethnic groups. Rwandan staples include bananas, plantains (known as ibitoke), pulses, sweet potatoes, beans, and cassava (manioc). Many Rwandans do not eat meat more than a few times a month.

For those who live near lakes and have access to fish and tilapia is common. 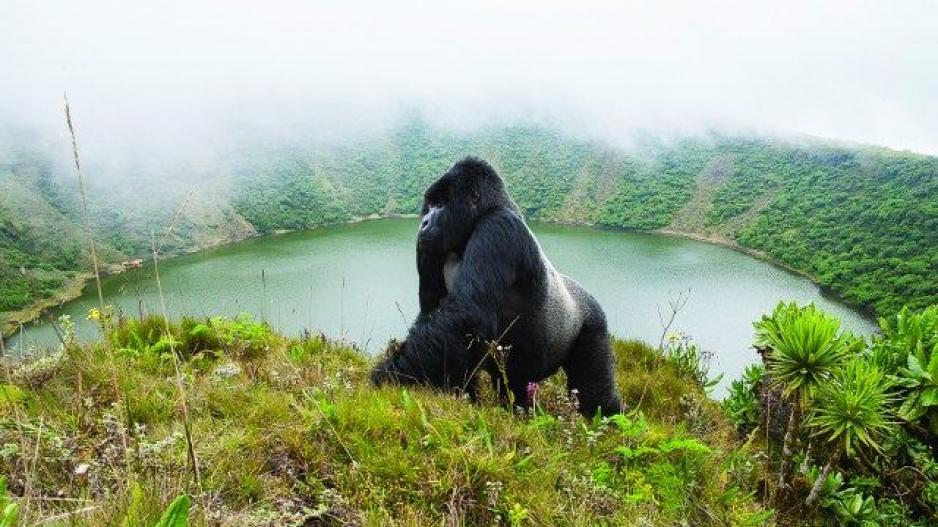 Rwanda is truly the primate world known to be having more than 15 primate species but commonly explored are the Gorillas, Chimpanzees, and Golden monkeys with somehow the white and black colobus monkey. So you can visit Rwanda for Gorilla trekking, Chimpanzee trekking and Golden monkey trekking respectively.

Gorilla Adventure Tours helps you to acquire the Rwanda Gorilla Permits needed to see the gorillas. 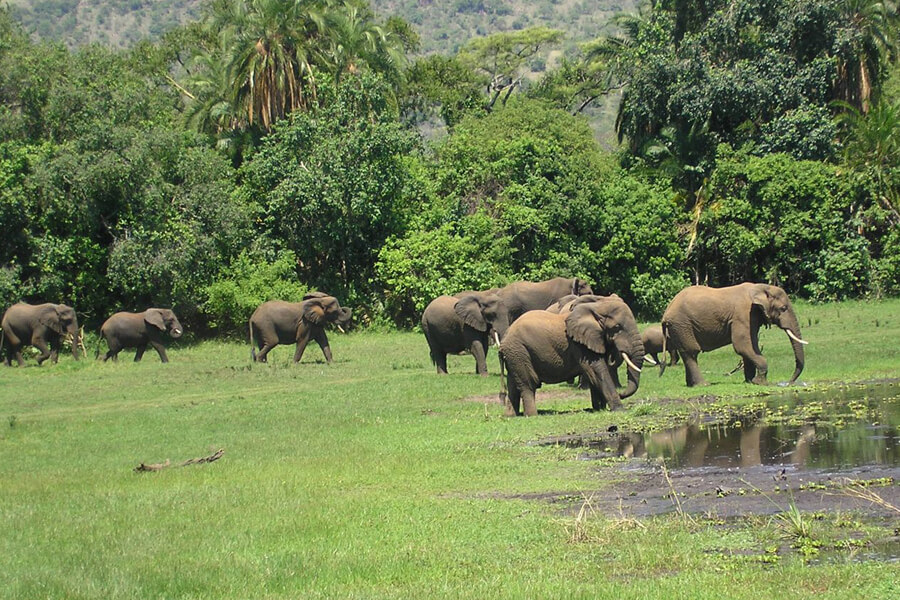 While visiting Rwanda be assured of the BIG 5 (Lions, Leopard, Elephants, Buffalo and Rhino) at Akagera National Park with many other animal species which include giraffe, zebras, and hyenas.

It is home to several antelopes like bushbucks, Topis, Oribis, water-buck, roan antelope and duiker, klipspringer, impala and the world's largest antelope – the eland

5. A Country Of A Thousand Hills

Rwanda is known to be the country of a thousand hills and this is because it is surrounded by volcano mountain ranges plus other indigenous countless rolling hills which will catch your eye whenever you look around, this is why the country is famously called the Land of a Thousand Hills. 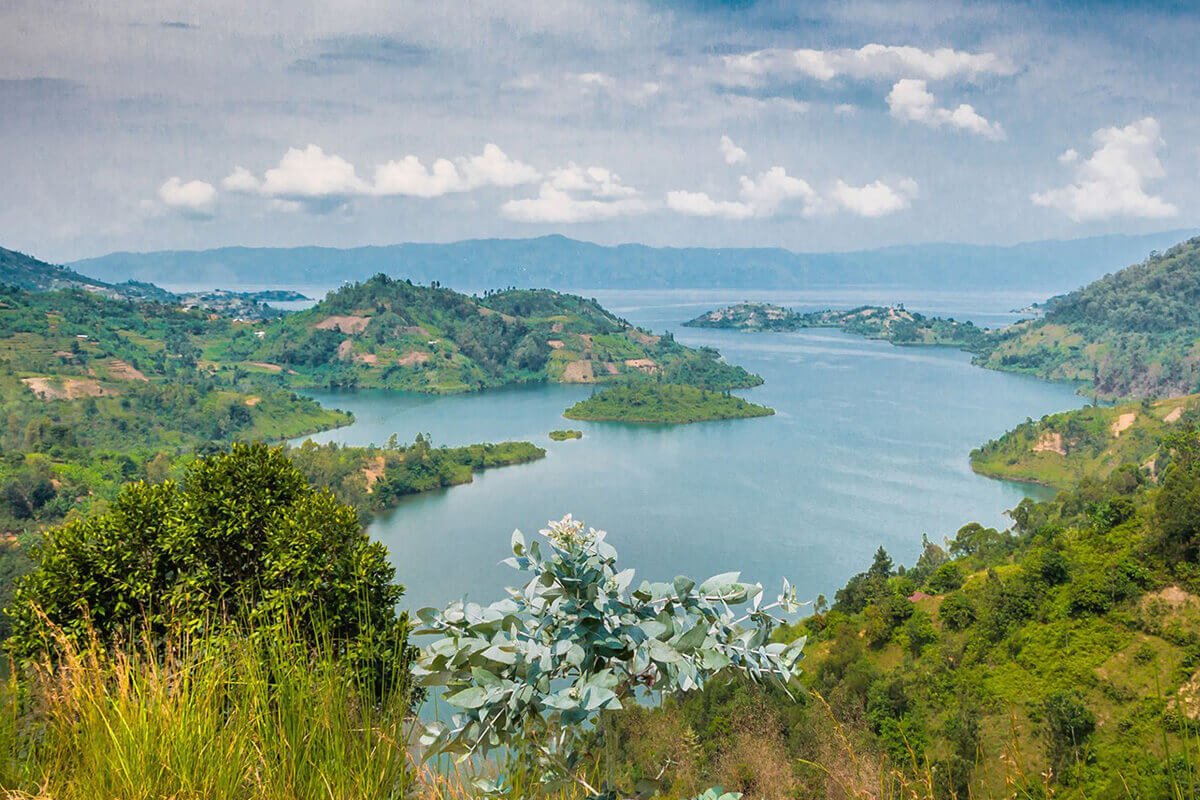 You participate in water tourism activities with the listed water bodies, including lakes, swamps and rivers in Rwanda.

They include Lake Kivu sharing the border with D.R.Congo, Lake Ihema in Akagera National Park, Lake Bulera and Ruhonodo which is only a 1-hour drive from Volcanoes National Park. So you can participate in boat cruises in Lake Kivu and Lake Ihema, Sportfishing, canoe riding, and Kayaking among other tourism activities.

Rwanda has an International career known as Rwanda Air flying to different destinations including London, Brussels, Guangzhou, Cape Town, Johannesburg, Mumbai, Abuja, Entebbe, Nairobi, Accra, Bangui, Brazzaville, Bujumbura, Cape Town, Cotonou, and Dar es Salaam among other destinations. This has made air travel cheaper to Rwanda than in other countries.

While you are in Rwanda, the domestic transport is well developed with various tarmac roads leading to different tourist destinations and it can be driven in a few hours.

There is also public transport and it can be used while visiting the different tourist destinations in Rwanda.

Rwanda is one of the safest destinations in Africa, particularly for solo travellers. Crime is relatively low, with visitors sometimes experiencing petty crime like any other country, and locals are welcoming, friendly and hospitable.

Since the Genocide, Rwanda has been a peaceful country up to date with a stable government. The security is well catered for right from Kigali to different tourism destinations in the country and I can say be assured of your safety while in Rwanda.

There are ranger guides in different national parks who will always escort you to the forest for your tourist encounter.

While Rwanda was previously known for less desirable situations, the people of Rwanda have turned a new leaf and the Rwanda you visit today is different from the Rwanda of several decades ago.

It is not just the cleanest country in Africa, but also among the fastest developing as well as most attractive to foreign investment and interest.

We hope that the 8 reasons above will inspire you to visit this beautiful land of a thousand hills to see the gorillas, wildlife, birds, landscapes and the people.